A 40-Year Revelation of Shenzhen 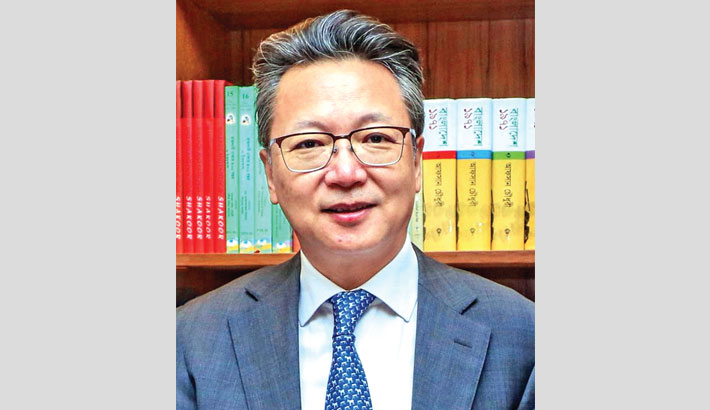 Many years ago, a foreign journalist friend of mine，when he was preparing an in-depth news report on the reform and opening up of China, came to me for advice on which city he should conduct his interviews in. To his surprise, instead of Beijing or Shanghai, I recommended the city of Shenzhen without a second thought. Shenzhen occupies a unique place in China, known as the testing ground for reform, the genetic map and hologram of the country’s booming development. To some extent, the city is the master key to gaining an understanding of the future of China. Several days back, the Shenzhen Special Economic Zone just celebrated its 40th anniversary. So it is high time for us to get to know a bit more about it, a city that represents both the present and the future of China.

The Shenzhen Special Economic Zone was established on August 26th, 1980. Since my first visit to Shenzhen back in 1986, I have been revisiting the city several times every year as a tourist, a business man or a government official, witnessing the drastic changes that have taken place here. To really put the development of Shenzhen in perspective, let’s first take a look at its rapid economic expansion:

Since 1980, Shenzhen’s GDP has been growing at an average rate of 20.7%, reaching 2.69 trillion yuan in 2019. It means in economic terms, Shenzhen has surpassed city-economies like Hong Kong and Singapore, and even some western European countries like Sweden and Austria. With a resident population of 12.53 million, Shenzhen had a GDP per capita of 29.5 thousand USD in 2019, roughly the same as that of the Republic of Korea and overtaking some European countries like Portugal.

After 40 years, Shenzhen has promoted itself onto a track of high-quality development: the city has the highest GDP per capita and per land area in the country, with the lowest energy and water consumption per unit of GDP. It has 1.97 million private companies (99.6% of the total) that contribute 40% of the city’s GDP, 60% of the tax revenues, 70% of the employment and 90% of the patents. 8 out of the Fortune Global 500 have their headquarters in Shenzhen. In 2019, the city’s total foreign trade value stood at 2.98 trillion yuan, including an export of 1.67 trillion, higher than any other cities in the Chinese mainland for the 27th year straight, as well as the highest FDI stock. At the same time, it is also a garden city with nearly 1,000 parks scattering across the urban area. A comprehensive social safety net is well in place for all the residents who have an average life expectancy of 81.45 years old.

In just 40 years, Shenzhen evolved from a rural backwater into a well-developed modern metropolitan with more than 20 million urban population, the 11th largest global financial hub and a world-class innovation centre. It is too big a development miracle to be overlooked. The Economist magazine once marveled at the "Miracle of Shenzhen", calling it the greatest success story out of the more than 4,000 special economic zones around the world. Ezra F. Vogel, a prominent American scholar and China expert at Harvard University, wrote in his book Learning from Shenzhen that “no city in the world has ever grown as rapidly as Shenzhen, China’s southern gateway to the outside world.”

Over the past few decades, China has taken a distinctly Chinese approach to its reform and opening up-one that seeks a balance between prudence and innovation. The traditional Chinese philosophy always holds a dialectic view on dealing with the changing and the unchanged. Just like Xunzi (or HsunTzu), a famous Confucian philosopher living in the 3rd century B.C. put it, “Nature operates on consistent principles” and “not knowing the consistent means inability to deal with changes”. Because there is no successful model to be followed – everything is new and unprecedented in building a socialist country of the size of China – it has to dwell on the best practices from the lessons learned in the past when feeling its way forward in unfamiliar waters. But at the same time there is also a sharp edge to this approach that encourages trailblazing innovation and experimentation, where cities like Shenzhen came into play.

Essentially, what Shenzhen has done successfully so far is to make good use of the market and the factors of production to drive social progress. After the reform and opening up policy started in the 1980s, the city succeeded in the exploration of establishing a socialist market economy that allows all forms of ownership to develop side by side while still retaining the dominant position of public ownership. When the financial crisis hit in 2008, it withstood the economic shockwaves and pushed for an industrial upgrading, which paved the way for the rise of a number of tech companies of global influence like Huawei, Dajiang and Tencent.

In this sense, the path of Shenzhen is really an epitome of the general development design of China. With its own success as a typical economic zone, Shenzhen gives a perfect validation to the Chinese approach for development. It offers itself as a testing ground for all kinds of socio-economic experiments, and works well to contain the risks involved at the local level so that no potentially harmful policy should be rolled out at the national scale.

Today, the city is ready to take its adventure another step forward. In 2018, Chinese President Xi Jinping visited Shenzhen and asked the city to “build a demonstration pilot zone for socialism with Chinese characteristics, and create a model city for a great modern socialist country”. On the basis of the existing development framework, President Xi advanced the initiative to build a “Greater Bay Area” that aims to further connect cities including Shenzhen, Guangzhou, Hong Kong and Macau in what is known as the Pearl River Delta in the southern China. Under the initiative, this part of China will see the formation of an even more integrated and dynamic market that offers world-class platforms for investments and technology innovations.

How did Shenzhen give rise to Huawei?

So how did Shenzhen give rise to Huawei? Some say the company was not “given” rise to, but rose itself, just like a seed grows into a big tree when there is suitable climate and healthy soil. The city is a perfect place for innovation and entrepreneurship: in Shenzhen, there are 2,584 innovation incubators, over 6 million innovation-oriented professionals, and 17 thousand high-tech companies. The number of invention patents per ten thousand people is 8 times higher than the national average. In 2019, 17459 international patent applications were filed under the Patent Cooperation Treaty (PTC) from the city alone, more than any other Chinese cities and accounting for 30.6% of the overall applications filed from the country who just became the world’s top filer in the same year. Globally, in terms of the number of patents in force, Shenzhen is second only to Tokyo, way ahead of New York.

As a result, Shenzhen is now home to some of the most recognisable brands in the planet. With innovations of technologies, industries, applications and services led by these companies, the city is in a strong position to develop new infrastructure and further accelerate its industrial upgrading. It has become the first city in the world to realise the full coverage of standalone 5G network.

Revelation of the 40 years of Shenzhen

For Shenzhen, it does not seek to lead in just one particular area in China; it aims to go ahead of the times and become an all-rounder in the global development contest. The city has a vision to build itself into an international metropolitan for innovation in the next 5 years, then an innovation capital of world influence and a modern socialist model city by 2035, and finally a top-tier alpha city with global prominence by 2050. There is still a long way to go, but Shenzhen has always been a city capable of creating miracles.

We are at a time when the world economy is calling for new orders, and the global development is yearning for a better governance system. As the symbol of the peak of western civilisation, the modern capital-centred system of production and management has been proven insufficient in responding to the calls. In contrast, Shenzhen achieved what took other international cities more than a century to finish in just 4 decades. It shows that Shenzhen has figured out an effective and reliable path towards prominence, which will also be China’s path for future development. And hopefully, it will serve as an inspiration for those economies in search of an alternative way out.