Minus Khaleda process underway inside BNP 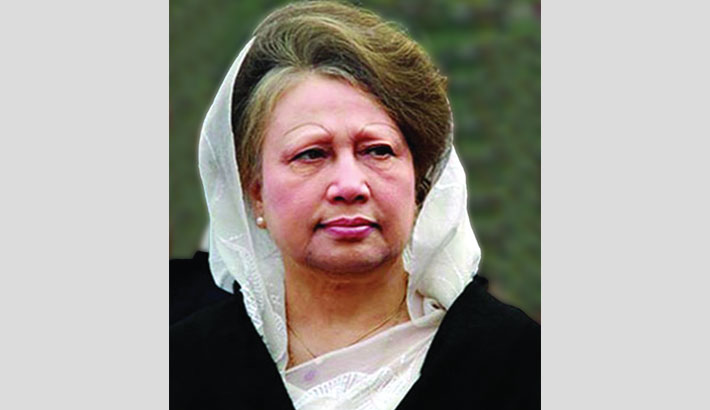 The crisis-hit opposition BNP is now under a fresh challenge in the country’s politics as its leadership transition is reportedly under way.

According to BNP insiders, the party is trying to exempt its Chairperson Khaleda Zia, a convict in graft cases, from carrying out the heavy duty of the party’s top post.

Tarique Rahman, her eldest son and also acting chairman of BNP, is working to establish his authority inside the party.

A number of senior leaders and their fellows are said to be concerned as Tarique is reorganising the party’s units, front and associate organisations as per his own choice, sometimes making the party seniors unhappy, sources said.

“As per the party charter, acting chairman Tarique Rahman is now discharging the duty as the party chairman and he is our leader now,” BNP standing committee member Khandaker Mosharraf Hossain told daily sun.

He, however, claimed that the party acting chairman counts suggestion of the party’s standing committee members in running activities.

BNP sources said actually Tarique Rahman is reorganising the party units and front and associate organisations in consultation with a very few of his close aides and comparatively junior leaders while request of senior leaders are ignored in many cases that has made the party’s dedicated and old leaders unhappy.

Talking to daily sun, a few central leaders said though a number of leaders are unhappy with Tarique Rahman for ignoring their suggestions and their contribution in running the party, they can’t raise the voice against his some ‘controversial’ decisions in fear of losing the party post.

“Tarique is prioritising the young leaders in the party and bringing young people to the party leadership to make it strong,” BNP Vice-Chairman Mohammad Shahjahan told daily sun.

A large number of leaders and activists are also unhappy with the activities of the party’s current leadership.

“Actually, a process is going on to free Khaleda Zia from the party politics while Tarique Rahman is working to establish his own authority inside the party,” a BNP central leader told daily sun, wishing anonymity.

Khaleda was sent to Old Dhaka Central Jail after she had been sentenced to five years imprisonment by a special court in the Zia Orphanage Trust corruption case on February 8, 2018. She has been staying in her Gulshan residence since she was released.

On March 25 last, the 76-year-old BNP chief was released from jail conditionally for six months upon an executive order considering her age and humanitarian grounds following an application by her family. The Law Ministry on September 3 gave its opinion for extending the suspension of Khaleda Zia’s sentences in two graft cases six months more based on some conditions.

After sending Khaleda Zia to jail, Tarique Rahman who has been staying in London for long started to perform as acting chairman of the party and run the party from there over phone and virtual meeting.

BNP sources said a number of senior leaders who have been doing politics since the party’s foundation as fellows of Ziaur Rahman and established Khaleda Zia as the party chief are now almost ignored inside the party. During resignation from the party, BNP’s standing committee member retired lieutenant general Mahbubur Rahman, a former army chief, in November last year said, “Crisis is now prevailing inside the party. The party can’t be run by the leadership who is staying abroad.”

Many senior leaders have been quitting the party one after another as they understand that Khaleda Zia can’t return to politics and BNP can’t be strong under the next leadership.

A number of senior leaders including standing committee members Khandaker Mosharraf Hossain, Moudud Ahmed and Abdul Moyeen Khan are also unhappy with Tarique for his different ‘controversial’ decisions, but they keep mum.

“Tarique is appointing party leaders who are loyal to him to the top posts of BNP, ignoring the party seniors. Actually, the fellow leaders of Khaleda Zia are ignored inside the party now. The party is likely to split anytime,” another central leader of the party said, asking not to be named.

Talking to daily sun, some central leaders said Tarique’s leadership has been challenged as he failed to keep the party unity, couldn’t strengthen the party and also failed to wage any strong movement.