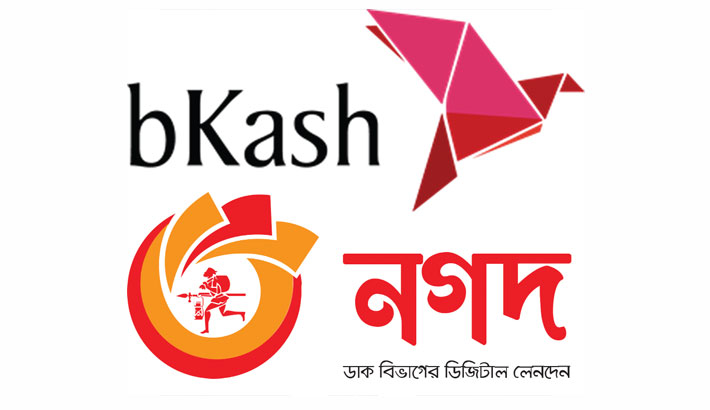 The country’s Mobile Financial Service (MFS) turned out to be the prime gateway for hassle-free money transaction and bill payment during the coronavirus pandemic.

On average, the daily turnover stood at Tk20.23 billion this year, and in July alone, Tk629.99 billion was transacted through MFS -- the highest transaction held in a month ever.

According to BB officials, banks are advised to provide uninterrupted MFS so people are able to get smooth services during the pandemic period.

According to the latest data of Bangladesh Bank (BB), a total of 18 banks are currently involved in operating mobile banking. At the end of July 2020, the number of registered customers for mobile banking stood at 92.6 million, which is 4.3 percent more than the previous month of June.

Not only transactions but also many new services are being added to mobile banking like paying electricity, gas, water bill, service payment, payment of purchase bill and monthly salary-allowance and also receiving remittance from abroad.

During the month of July, Tk170.58 billion was deposited through MFS while at the same time Tk191.46 billion withdrawn using this service, BB sources said.

A total of Tk1.69 billion remittance was received in July through MFS which is 35 percent more than that a month ago.

Tk172.93 billion has transferred from individuals’ account by using MFS during this period. The distribution of salary by MFS has increased by 93 percent in July and Tk45.87 billion has been paid for salary and allowances.

At present, 18 banks are providing mobile financial services to their customers. Brac Bank’s bKash and Dutch Bangla Bank’s Rocket are currently controlling above 90 percent of the MFS market, according to the BB data.

According to the revised transaction rules of Bangladesh Bank, a personal account can cash in maximum five times per day with an amount of Tk30,000.

Previously, a personal account could cash in maximum Tk15,000 and two transactions were permitted a day.

The cash out limit has also been extended to maximum Tk25,000 and a personal account holder can cash out a maximum of five times a day as well. Earlier, it was Tk10,000 and two times per day.  A MFS subscriber can cash out Tk150,000 per month now, which was Tk50,000 before. Head of Corporate Communications of Bkash Shamsuddin Haider Dalim said, “People have chosen hassle-free mobile banking service and the merchant transactions witnessed the highest volume of payment in July because of Eid.”