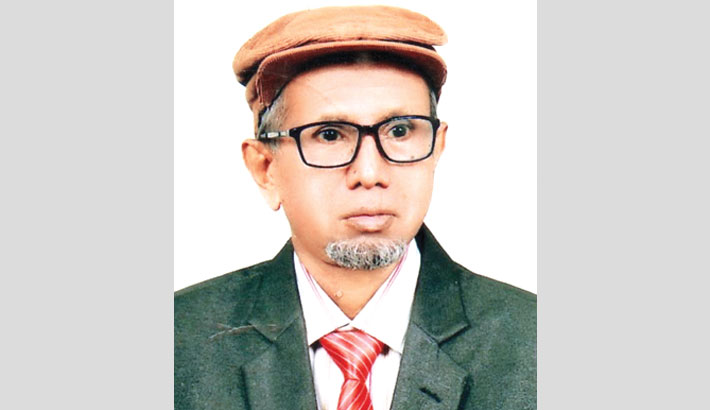 The topic headline about which I am writing is a very sensitive one which requires a great deal of study and practical experience that I have gained by reading different papers inspiring me to think on it for the purpose of expressing my views. So, I would like to begin with a definition of the term corruption that most of our leaders are quite aware of.

According to the Oxford Advanced Learner’s Dictionary it refers to dishonest or illegal behaviour especially of people in authority or the act of making somebody change from moral to immoral standards of behaviour. For example, we call those people corrupt who are willing to use their power to do dishonest or illegal things in return for money or to get an advantage. Most of the time, we speak of corrupt regime or corrupt officials accepting bribes or adopting malpractice without caring much for accountability and transparency. In this regard, I cannot but remember what president Truman of America said. To him three things corrupt men, these are power, money and woman. Professor PK Hitti in his book “History of the Arabs” mentioned that, wine, women and wealth were the three observing patients of the Arabs in the Jahiliyyah period or age of darkness. But it is true that love of power among men is more dangerous then liquor. So, we all know that power corrupts; absolute power tends to corrupt absolutely. In reality, corruption is a forbidden or unlawful act which no religion supports. In spite of this, it has grasped the world. For this reason, there is no country either big or small where there is no corruption. Our country cannot be an exception to this. Some are of the opinion that, corruption is a part of development to achieve which irregularities may occur. It happens at the initial stage of running a project work or installing an industry. On the other hand, some people choose the path of corruption to become upstart or rich overnight. To them, their personal interest is above the interest of the state. This type of immoral people attaches no importance to the words of scripture.

In 2009, I attended a conference on corruption at Feni Town Hall chaired by Lt Gen (rtd) Hasan Mashhud Chowdhury. In the opening session, an Imam recited some memorable lines from the Holy Qur’an. The meaning of which is “O you who have believed, do not prohibit the good things which Allah has made lawful to you and do not transgress. Indeed, Allah does not like transgressors” (Surah Al-Ma'idah: 87-88). However, an English daily on 26th July 2020 editorialised that “corruption in the health sector has much greater ramification”. According to it, law enforcers claimed to have detected around a dozen syndicates who are selling fake certificate during the pandemic. The same newspaper, on 19th August 2020 made an editorial, suggesting that ‘Govt. must address corruption in health sector’. Normally, general people cannot do anything against the corrupt high-ups because of their muscle power and political influence. Fighting against corruption has become a challenging task. Corrupted by power and ambition they think that they are beyond the reach. They may fool some of the people some of the time, but they cannot fool all the people all the time. The truth is that no sinner can go unpunished. The present state of political affairs has unmasked their real characters. I think it is the best of time and it is the worst of time in our history. By best of time I mean, the PM in her fight against corruption has taken an uncompromising stand or zero tolerance. This is as clear as broad daylight from her concluding speech in the budget conference when she says that we are arresting those who are connected with corruption and irregularities whatever parties they may belong to and this drive will continue. The PM deserves congratulation for her valiant efforts and gigantic steps to root out corruption. This is due to these measures, many bigwigs were caught red-handed and sent to jail. Recently, their corruption scandals came to the spotlight through various newspapers and as such by their misdeeds they have tarnished the image of the country both at home and abroad. Never in the history of Bangladesh have I seen any government arresting its own people and taking action against them on charges of corruption. It is a very positive side of the democratic government of Sheikh Hasina; otherwise they might have overshadowed all the accomplishment achieved by her. We welcome this hard-line policy by her government as history furnishes us with fact that in a country where the people are generally corrupt, liberty cannot exist. Besides this, a corrupt official in any department may leak-out the top secret of the country to the enemy and thereby cause great harm to the nation. I would like to say that fighting corruption is not a one-sided task. It is very difficult for the government to fight alone. We should make concerted efforts and cooperate with the concerned authority.

Teachers as guardians of civilisation in different educational institutions and the Imams of mosque as religious guides can help our young generation to shun corruption by fostering the spirit of high morals and values among them. Some learned people claim that sex and violence on TV lead to the corruption of our young people. I endorse this idea. That is why parents and guardians should do their utmost to give moral perspiration to their young sons and daughters in this respect.

In the end, I would like to offer cordial thanks to our PM for her stern action against the crime of corruption. It may be a good example for other countries to follow.