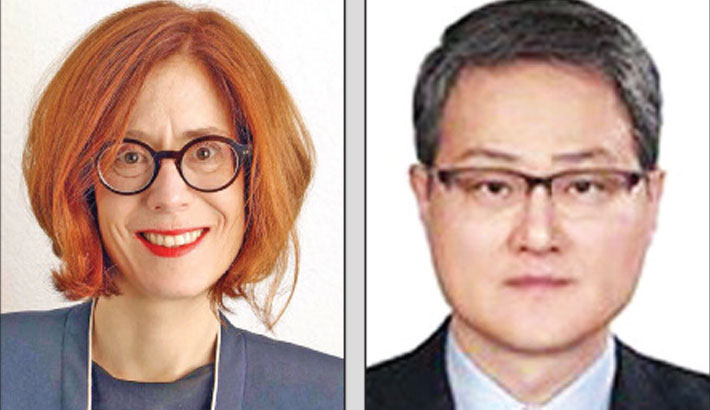 Ambassador Nathalie Chuard said Switzerland and Bangladesh have been enjoying excellent relations in a wide range of areas over the last 48 years, and have stood by each other also during difficult times.

She added that it would be her goal to further strengthen and expand the bilateral ties, said the Switzerland Embassy in Dhaka.

Prior to her arrival in Bangladesh, Ambassador Chuard was the head of the Middle East and North Africa Division (humanitarian aid) of the Swiss Agency for Development and Cooperation.

She joined the Swiss Federal Department of Foreign Affairs in 2005 and served among other positions as the Deputy Head of the Human Rights Section in Berne, and as Political Coordinator at the Mission of Switzerland to the United Nations in New York.

On the other hand, South Korean Ambassador Lee Jang-keun said since the establishment of diplomatic relations in 1973, Korea and Bangladesh have developed close relations in various fields including politics, economy, civil society, and culture.

Ambassador Lee pledged to make every effort to further strengthen the relationship between the two countries during his tenure.