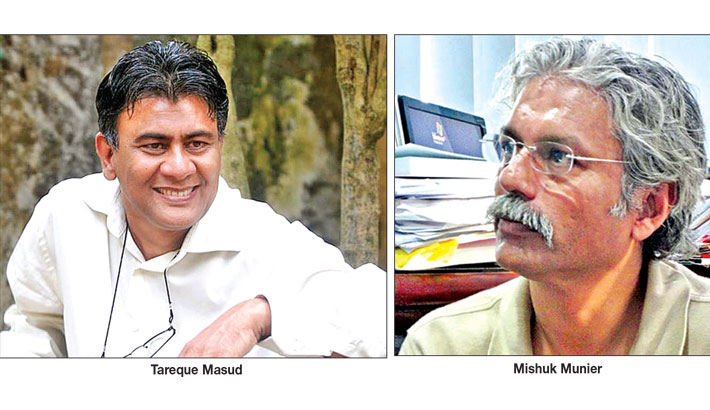 On August 13 in 2011, Tareque and Mishuk Munier along with three others were killed in a tragic road accident on Dhaka-Aricha highway in Ghior Upazila of Manikganj while returning to Dhaka from Manikganj after visiting a shooting location. The accident happened when a microbus carrying the two celebrities collided with a bus on the highway.

Tareque Masud was born in Nurpur village under Bhanga Upazila in Faridpur on December 6, 1956. He studied at a madrasa until 1971. After the Liberation War, he entered general education, completing his HSC from Notre Dame College and completed his master’s degree in History from Dhaka University.

Tareque Masud was an independent film director, film producer, screenwriter and lyricist - all at once. He first found success with his films ‘Muktir Gaan’ in 1995 and ‘Matir Moina’ in 2002.

In 2012, he posthumously received Ekushey Padak. He also won three international awards, including the ‘International Critics‘ FIPRESCI Prize’, in the Directors‘ Fortnight section outside competition at the ‘2002 Cannes Film Festival’ for ‘Matir Moina’.

Shafique Munier known as Mishuk Munier was a media specialist and broadcast journalist. He was one of the three sons of the martyred intellectual Professor Munier Chowdhury. Mishuk served as chief executive officer and chief editor of satellite TV channel ATN News.

He studied mass communication and journalism in the Dhaka University. After completing study, he joined the faculty as a part-time lecturer in 1989.

At the same time, he started working for the BBC as a freelance photographer. After serving in Ekushey Television from 1999 to 2002, he left Bangladesh to migrate to Canada where he worked for The Real News. He also contributed for the BBC, WTN, ARD1, Channel 4, CBC, and Discovery Health. In November 2012 he returned to Bangladesh to take up as CEO of ATN News.