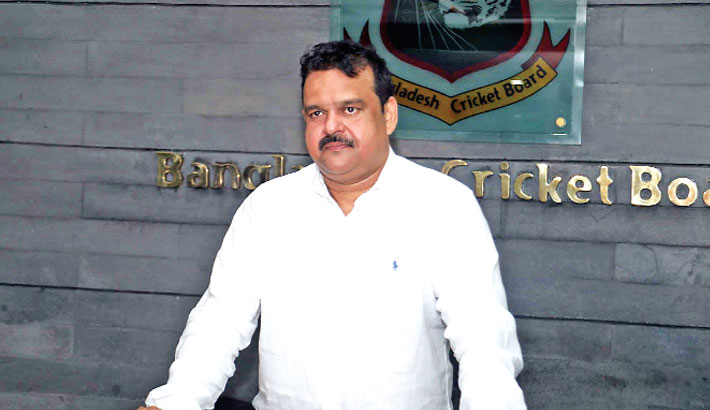 Bangladesh Cricket Board (BCB) announced on Wednesday that Tigers’ opening Test of the series against Sri Lanka is scheduled to start from October 24.

BCB is planning to send Tigers and BCB High Performance Unit to the island nation on September 23 to prepare Tigers for about a month in the island. Tigers will do their skill training in the nets and play practice matches against their BCB HP Unit.

There is a chance that they wouldn't have to stay in quarantine for 14 days, which would allow the Bangladeshi cricketers to use the cricketing facilities in Sri Lanka.

But that won't allow them to play practice games against local sides as Sri Lanka Cricket (SLC) won't allow their cricketers to come in contact with the tourists before the 14-day period.

The inclusion of HP Unit Chairman was largely due to the fact that BCB decided to send their 24-member High Performance Unit along with the national team during the tour to Sri Lanka where the senior team is expected to play three Tests along with three Twenty20 internationals.

BCB HP Unit will play a series against Sri Lanka High Performance (HP) team but before that series, BCB HP Unit will help Tigers prepare and that’s the main objective behind sending the HP Unit.

BCB Cricket Operations Committee Chairman Akram Khan said that the tourists will leave Dhaka on September 23 while the first Test is scheduled to start from October 24.

“We will go there on September 23 while the Test series will start from October 24,” said Akram.

This tour schedule opened door for Shakib, who is currently serving a ban for not disclosing contacts with a bookie, Deepak Agarwal, but will be free to play international cricket from October 29, 2020.

It was learnt BCB President Nazmul Hasan had already spoken with Shakib recently to get an idea regarding his plan and many inside the board feels that it is a clear indication that BCB is desperate to have their best cricketer at their disposal at the earliest possible time after he is allowed to return to cricket.

Shakib is planning to start his training from next month (September) in Bangladesh Krira Shikkha Protisthan and Akram said that they need to evaluate his fitness and mental state before deciding anything on Shakib.

“Look he cannot practice with us till October 28. After the ban is lifted, we need to evaluate his fitness and mental state before deciding anything. Later after assessing his condition, we will talk with the team management and decide if he is ready to play,” said Akram Khan. ”We are aware that he is an important player and our strength will be bolstered through his presence,” he said.

Akram added that he is confident to get the service of the foreign coaches before going to Sri Lanka.

“We are hopeful that our foreign coaches will be available by the first week of September,” he concluded.