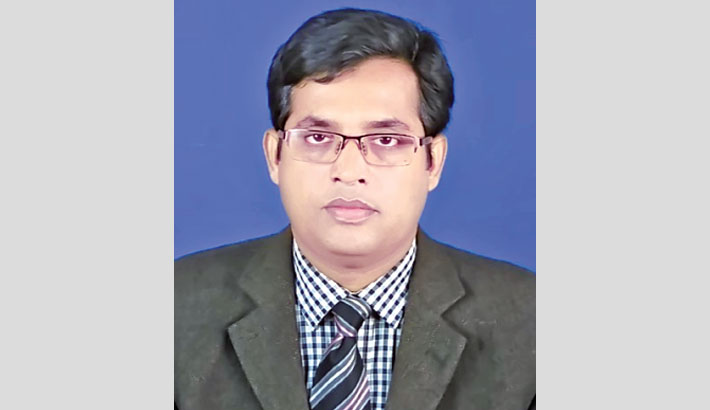 For the last few months, a certain group has been disseminating different types of rumour in social media for their group interests. Though they have failed to serve their purpose due to the mature decision of the government, they have not lost their interest. Failing to make politics in other issues they have started presenting the killing of the retired Major Mr Sinha by a policeman in police check-post on the Marine Drive road of Teknaf in Cox's Bazar district in a different way. Though the incident has led to a lot of debate and discussion in the country, with many believing this act to be a grave breach of the rule of law, these groups have been trying to air different rumours concerning the incident. The allegation by the police that Major Sinha and two of his associates were carrying drugs is unacceptable, as trampling of the rule of law by the law enforcement agencies is not acceptable in any society. They could have been arrested and taken to the court for trial if they were caught red-handed with drugs.

Different groups have remained active in publishing various types of news on social media claiming Mr Sinha as a drug dealer or a trainer of ARSA. On the other hand, another group has remained active in making conspiracy against the government by creating rifts between two forces - the armies and the police. This incident maybe connected to some of the news published recently in a portal where various types of statements were made about the military, which is the country's most disciplined force with international recognition as United Nations peacekeeping forces to contribute to peace building in the various countries devastated by war. A particular segment has attempted to catch fishes in troubled waters by building rifts between the two forces. The main intention of this group is to capitalise on the issue for their interest creating tensions between these forces.

This group could not materialise their goals due to some of the quick decisions taken by the Prime Minister. She has already instructed the authorities to form a high powered investigation committee to inquire about the real causes of the incident. The committee was therefore set up to work on the inquiry to submit the report within seven days. The Prime Minister also called the mother of Mr Sinha to express her condolences and assure her of justice. This has helped Sinha's family keep faith in our legal process.

Meanwhile, Sinha's sister has filed lawsuits against several policemen including the Officer-in-Charge (OC) of Teknaf Thana. The initiative of the Prime Minister represents a positive step towards ensuring justice for the family of the victims. However, it also shows that the responsible authorities in government are not taking adequate action in such cases. Had they taken immediate actions, the Prime Minister would not have required taking actions. It is neither possible nor desirable to expect that the Prime Minister would act in all incidents as she requires paying attention to policy issues. Moreover, presently, she remains busy in dealing with the catastrophe of COVID-19 in the country.

The brutal murder of Mr Sinha has pulled out a black episode of Teknaf police led by Officer-in-Charge Mr. Prodip. In the name of war against drugs, Mr Pradip was not only involved in the massive killings of people but also illegally made an enormous amount of money that has negatively affected the reputation of the police forces. Several news media outlets have started to broadcast news of illegal wealth of Mr. Prodip. The media reports have shown that he has several apartments and plots in Chittagong. I have seen many people claiming in front of television cameras that he has houses and bank account overseas.

Now, a pertinent question is how a police officer could make such a gigantic amount of money in around 24 years. Therefore, the issue of corruption has also come into the discussion. This is the high time to take some drastic actions against corrupt officials in line with the pledge of our Prime Minister to show zero-tolerance against corruption. From different videos in the last couple of days, I have seen him threatening many people publicly which he cannot do being a member of the law enforcing agencies. This indicates that he has used the authority vested on him by the state for the restoration of peace and order in the country for personal reasons.

The highest authority from both the army and police has termed this incident as an isolated one. Indeed, the credentials of a particular agency cannot be questioned based on one or two incidents. Therefore, drastic and exemplary actions against the exploiters of power must be taken at the same time. This not only guarantees justice to the victims but also creates a sense of fear among those who abuse power for personal gains.

It is encouraging to note that all the accused in Sinha's murder case were arrested by the police when they came to surrender to the court in a case filed by Sinha's sister. Now it is expected that the court will penalise these accused if found guilty. The inquiry committee is also expected to produce the facts within the specified period. This would also help establish discipline in the police department.

It is still to come out what happened on that particular moment? We expect that the truth will come out through fair inquiry and trial. But, the reality is that Sinha is no more. Whatever might have happened we all should agree to the fact that the police should not have killed anybody. They must bring any accused under the legal system which was not done in the case of Sinha's murder. Such a heinous act has also placed the government in an uncomfortable situation as it has aroused widespread criticism from all corners of society.

We denounce all those who tried to create a plot using Sinha's murder. It is good that the conspirators were unable to create rifts between the two elite forces in the country as chief of both armed forces and the police have dealt the issue with maturity. This is not the only complot made by a vested quarter during the COVID-19, they have tried on several occasions to create pandemonium in the country so that they could take advantage of the issue. However, they could not make their dream come true. We hope that the responsible authority should remain vigilant on the activities of this group.

Finally, justice must be ensured in all incidents. We consider Sinha to be the last person to have had such a lamentable death. It is the responsibility of the government and the law enforcement agency to ensure the supremacy of the rule of law and establish that nobody is above the law. If a fair trial could be ensured, the law enforcing agencies would gain a lesson that they are to serve the people not do mastery on them. It also makes people feel shy of relief as they will not be expected to experience such an incident in future.