Iran warns of ‘consequences’ over US arms embargo push 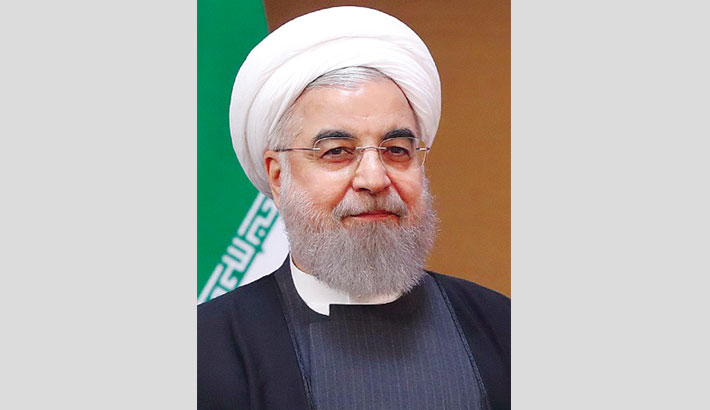 TEHRAN: Iran’s President Hassan Rouhani expressed “great hopes” Wednesday that a US bid to extend an arms embargo on his country will fail, warning of consequences if the UN Security Council backs it.

Rouhani’s remarks came after Iran’s ambassador to the United Nations said the US would have to redraft its proposed resolution on the issue after being “rebuffed” by Security Council members, reports AFP.

The ban on selling weapons to Iran is set to be progressively eased from October under the terms of Resolution 2231, which blessed the Iran nuclear deal that world powers agreed in July 2015.

But a UN embargo on materials and technology that Iran could use for its ballistic missile programme is to remain in place until 2023.

The European Union has said it will continue to enforce its own embargo against Iran after the lifting of the first UN embargo.

Under the accord officially known as the Joint Comprehensive Plan of Action, Iran committed to limiting its nuclear programme in exchange for sanctions relief.

The JCPOA has been on life-support since the US withdrew from it and reimposed unilateral sanctions in 2018.

Iran has since taken small but escalatory steps away from compliance with the agreement as it presses for the sanctions relief it was promised.

“We have great hopes that America will fail,” Rouhani told a televised meeting of his cabinet on Wednesday.

“We have great hopes that America will realise its failure and see its isolation,” the Iranian president said.

“But our stance in any case is clear. If such a resolution comes to pass... it means a blatant violation of the JCPOA,” he added, warning the “consequences will rest with the perpetrators of this act”.