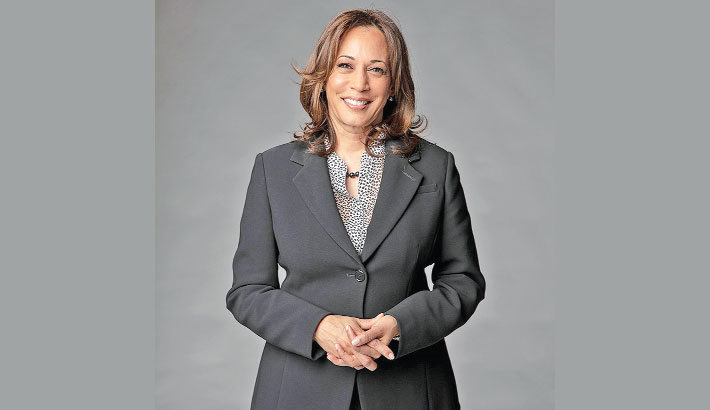 Joe Biden, the presumptive Democratic nominee for president, has named Kamala Harris, who is of mixed Black and Indian heritage, as his pick for vice-president in a much anticipated announcement Tuesday that was described as ‘historic’ and ‘seismic’ by Democrats, including many ecstatic Indian Americas, and non-partisan observers, report Agencies.

Biden announced his pick in a tweet late afternoon as speculation reached a feverish pitch on all leading TV channels and social media.

“I have the great honor to announce that I have picked KamalaHarris — a fearless fighter for the little guy, and one of the country’s finest public servants — as my running mate,” the former vice-president wrote on twitter.

His campaign followed up with a more expansive explanation of the pick. “Joe knows more about the importance of the Vice Presidency than just about anyone, and he is confident that Kamala Harris will be the best partner for him to finally get the country back on track,” it said in a statement, and added, “Kamala will be ready to tackle the work that is needed to heal our country on Day One of the Biden-Harris Administration.”

In her first public response to the announcement, Harris wrote on twitter shortly: “Joe Biden can unify the American people because he has spent his life fighting for us. And as president, he will build an America that lives up to our ideals. I am honored to join him as our party’s nominee for Vice President, and do what it takes to make him our Commander-in-Chief.”

A win in November will make Harris the first female vice-president of the United States and set her up the presidency in 2024, at the end of Biden’s first term, or 2028. Most vice-presidents have gone on to run for the top job themselves and win, with some exceptions such as Al Gore.

President Donald Trump, who had earlier called Harris a ‘fine choice’ if picked by Biden, felt differently and accorded the announcement the full Trump treatment.

He slammed her as ‘nasty’ and ‘the meanest, the most horrible, most disrespectful’ for her grilling of Brett Kavanaugh at his senate confirmation hearing for the Supreme Court. His campaign called her ‘phony’.

Harris became the first Indian American woman to run for US president ever — from either party in 2019.

Harris was only the second African American woman of a major political party to run for the presidency. Shirley Chisholm, also a Democrat, was the first, making an unsuccessful bid in 1972. The list thus far, however, has been dominated by men, which includes, most famously, Barack Obama who went on to win two terms. Also, Jesse Jackson, who ran twice, unsuccessfully.