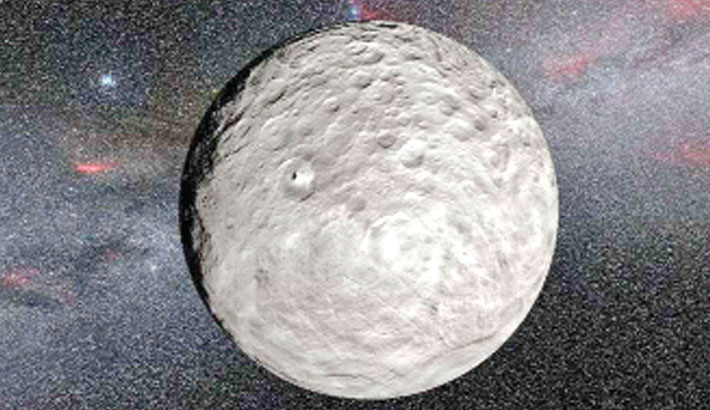 The dwarf planet Ceres—long believed to be a barren space rock—is an ocean world with reservoirs of sea water beneath its surface, the results of a major exploration mission showed Monday, reports AFP.

Ceres is the largest object in the asteroid belt between Mars and Jupiter and has its own gravity, enabling the NASA Dawn spacecraft to capture high-resolution images of its surface. Now a team of scientists from the United States and Europe have analysed images relayed from the orbiter, captured around 35 kilometres (22 miles) from the asteroid.

They focused on the 20-million-year-old Occator crater and determined that there is an “extensive reservoir” of brine beneath its surface.