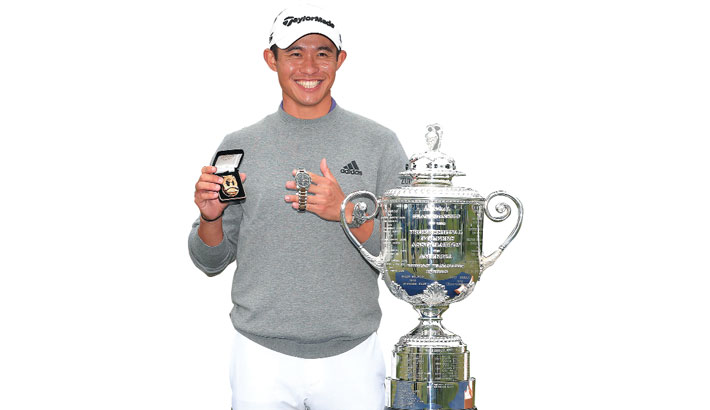 Collin Morikawa claimed his first major championship on Sunday, delivering a magical eagle on the 16th hole in a bogey-free round of 64 at the 2020 PGA Championship. The 23-year-old American, who turned pro just 14 months ago, did the unthinkable by winning in just his second career major appearance. Morikawa, who is ranked 12th in the world, eventually finished at 13-under 267 at TPC Harding Park in San Francisco. “It’s amazing. It’s been a life goal, obviously as a little kid, kind of watching everyone grow up, all these professionals, and this is always what I've wanted to do,” Morikawa said.