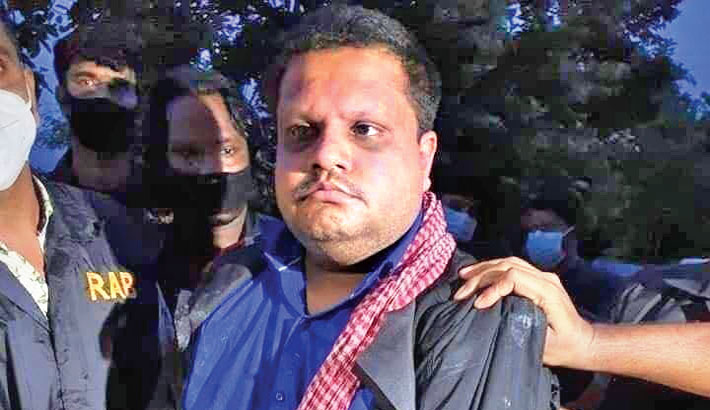 A Dhaka court on Monday put Regent Hospital Chairman Shahed Karim on a seven-day remand in a case filed on charges of embezzling Tk 2.71 crore from Farmers Bank Ltd.

No lawyer was present in the court to defend Shahed. Claiming himself innocent, he told the court that he had FDR of Tk 50 lakh in Farmers Bank Ltd (now Padma Bank) against the loan.

Moreover, he claimed that he is unwell as he has been in police custody since July 15 and appealed to the court to reject the remand prayer.

Opposing it, ACC lawyer Mosharraf Hossain told the court that he (Shahed) is saying false to save himself in the graft case.

After hearing both sides, the magistrate rejected Shahed’s pleas and allowed ACC to interrogate him for a seven-day in their custody.

According to the case, Shahed took Tk 2 crore loan from Padma Bank’s Corporate branch in Gulshan on January 15, 2015 for purchasing a Magnetic Resonance Imaging (MRI) machine  for Regent hospital. But Shahed who has been accused in around 65 cases, in collusion with other accused, took the loan through forged documents from the bank and embezzled the money.

As per loan condition, Shahed maintained a Tk1 crore FDR at the bank. After adjustment of the FDR, the amount of the loan stood at Tk 1.71 crore till on July 15 of this month which was embezzled by the accused, said the case statement.

On July 15, Shahed was arrested in a case filed over his alleged involvement in a recent COVID-19 testing scam and other irregularities.