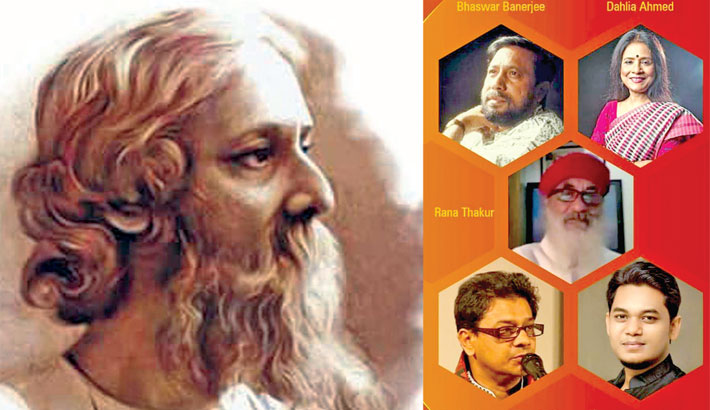 The expression and the recitation of the poems by the artistes were much appreciated in the social media. Bhaswar Banerjee enthralled the audience with his impressive recitation of the Tagore Poems- Moron and Chitto Jetha Bhoyshunno (English versio : Where the mind is without fear) while Dahlia Ahmed rendered captivating poems of Tagore like “Proshno, Neerjhorer Shopnobhongo”.

Rana Thakur read the English translation of the poems read by Dahlia Ahmed. Poems recited by Shahadat Hossain Nipu and Samiul Islam Poluck also had a captivating effect on the audience.

They recited Tagore poems like ‘Bir Purush’, ‘Africa’, ‘Nirbhoy’ and verses from ‘Utsorgo’.