Shakib set to have physiological test at BKSP 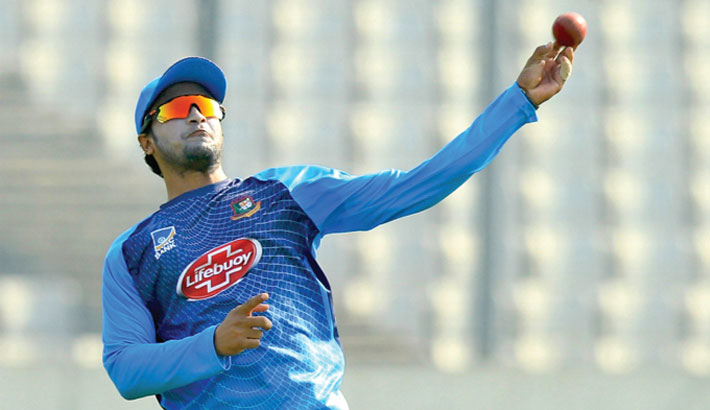 Bangladesh all-rounder Shakib Al Hasan is planning to start his preparation ahead of returning back to competitive cricket through an intense training session at BKSP from September, said one of his mentors Nazmul Abedin on Friday.

Nazmul is considered to be one of the earliest coaches of Shakib as he was at BKSP - as the chief coach of cricket the only sports institute of the country- during the time Shakib enrolled there as a teenager to learn the game of cricket.

Nazmul told daily sun that they are going to take the help of BKSP’s sports science department to have his physiological test during his stay in sports institute based in Savar.

“We will take help of the sports science department of BKSP to have his physiological test as that will help us determine his current state in a precise manner,” said Nazmul.

“We will have coaches and trainers available as we are functional considering the coaches are all residing within the campus, so we can work with him well,” he said adding that the training camp will end only when all the requirements are met for the all-rounder.

“Besides the cricket coaches, coaches from other sports like boxing and athletics will also help him. He will use the gym and all the facilities so he will have everything at his disposal,” he added, who also worked as BCB’s game development manager for many years, recently joined BKSP the cricket advisor and looked excited to reunite with one of his blue eyed student.

Shakib is currently serving a one year ban imposed by the ICC after he failed to inform multiple suspicious approaches from a bookmaker named Deepak Agarwal.

The all-rounder, who is currently in the United States with his family, is out of all kinds of cricket since being banned that will come to end on October 29.

Nazmul added that though initially they will focus on fitness and skill but finally move to centre wicket practice and if possible create a match environment so that he can have the feel of playing competitive cricket.