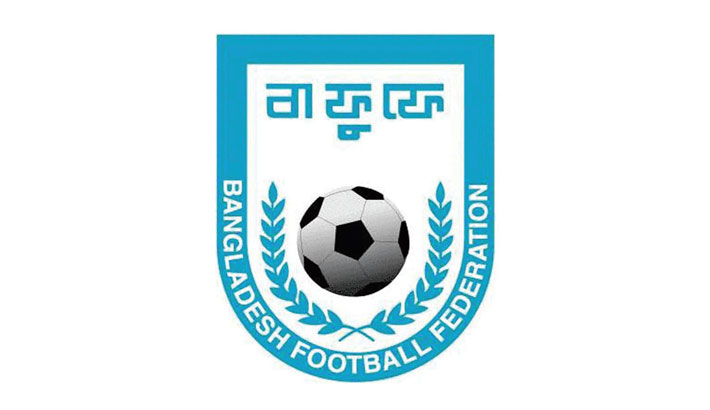 Bangladesh National Football Team will undergo COVID-19 tests tomorrow for the second time as their 19 members -- 18 booters and an official -- tested positive last week ahead of starting their preparation camp for the upcoming FIFA World Cup 2022 and AFC Asian Cup 2023.

Bangladesh Football Federation (BFF) tested players, staff and coaches of the national team with the help of Bangabandhu Sheikh Mujib Medical University (BSMMU) last week. A total of 29 members including 24 booters and 5 officials underwent the COVID-19 PCR tests into two phases on August 5 and 6 respectively.

Four out of 12 players in the first phase on Wednesday and 7 out of 12 players in the second phase on Thursday tested positive. Later on Friday, the federation confirmed more eight positive tests -- seven players and an official -- from the first phase. Eight more members -- 7 players and an official -- were scheduled to undergo tests in the third phase on Saturday.

Bangladesh Football Federation (BFF) Vice-President and National Teams Committee Chairman Kazi Nabil Ahmed, MP said that all the 31 players and 6 officials would undergo tests for the second time on Monday.

“We’re worried about this matter. A total of 18 football players out of 24 players and one out of six officials tested positive. The rest of 7 players and an official would undergo tests on Saturday. However, our entire team -- 31 football players, team manager, assistant coaches, staff and physio -- will have COVID-19 PCR tests again next Monday. This time, we will test them from two places. If anyone gets the positive results from both places, he will be kept under observation of the BFF Medical team,” he told media after a virtual meeting of the BFF National teams committee on Saturday.

“Most of the players are mentally and physically fit. They are showing no symptoms of COVID-19. Even, most of their previously submitted test results were negative. We can't take any further decisions in these circumstances. We will wait for Monday’s test result until then all of them will be individually quarantined at the Sarah Resort,” Nabil added.

Deputy chairman Tabith Awal said that they would take further decisions depending on Monday’s test reports.

“Our main training is scheduled to be started from August 22-23. We are still on this plan. We will take our further decision depending on Monday’s test reports. BFF is staying in touch with FIFA and AFC,” he said.

About Wednesday's faulty test reports, deputy chairman of BFF Media Committee Dr Ali Emran replied, “It was a technical error of the medical center. They failed to provide us the result within time due to their technical limitations. There was nothing wrong with us. We have been too conscious about this matter from the beginning.”

After 8-month breaks, the men in red and green are going to resume actions hosting Afghanistan, India and Oman on October 8, November 12 and 17 respectively while meeting Asian champions Qatar in their lone away match on October 13.

Ahead of the assignment, BFF on July 26 announced a 36-member preliminary squad, comprising 14 players from Kings, for the camp. But Bashundhara Kings three out of 14 booters -- midfielder Atiqur Rahman Fahad and two forwards Md Matin Miah, Masuk Mia Jony -- would miss the camp due to their respective injuries.