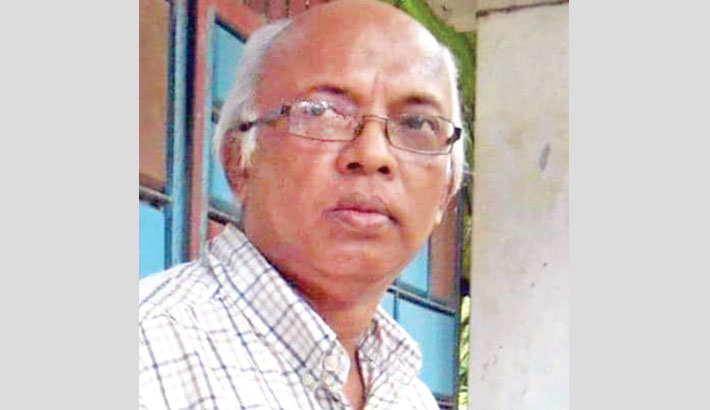 The poet Faiz Ahmed Faiz, having travelled to Dhaka in June 1974 as part of Zulfikar Ali Bhutto’s delegation during the Pakistani leader’s visit to Bangladesh, composed a sad poem after he went back home.

Khoon ke dhabbe dhulenge kitni barsaaton ke baad? How many monsoons before the thick stains of blood are washed away?

Faiz, a man of history, was one of the few enlightened Pakistanis who protested the army action in occupied Bangladesh in 1971. His friendship with Bengali intellectuals was part of his poetic ambience. On that last visit to Dhaka, he sat under a tree in Savar as Bhutto, in foul mood, visited the National Martyrs Memorial. Back home in Pakistan, Faiz gave vent to his sentiments in the poem, hum ke thahre ajnabi itni muddaton ke baad (we are now strangers after so many years). It resonated with the feelings of many of his countrymen who understood the causes behind Pakistan’s break-up in December 1971.

Inam ul Haque does not appear to have read or heard of the poem. Like a good number of Pakistanis, he seems to have been carried away by the telephone call from Prime Minister Imran Khan to Bangladesh Prime Minister Sheikh Hasina a few days ago. The call was of course a good gesture on the part of the Pakistani leader, but to suppose that a simple call has transformed Bangladesh-Pakistan relations would be unwise. Haque is cheered by what he thinks is a change in Bangladesh’s perspectives in subcontinental diplomacy. Bangladesh has purchased onions from Pakistan, which is a matter of joy for him. Bangladesh is developing closer links with China, which cheers him to no end. Perhaps the best ‘news’ for him is the ‘deterioration’ in Bangladesh’s ties with India.

People like Inam ul Haque are beginning to think that Dhaka now sees eye to eye with Islamabad in its perceptions of diplomacy in South Asia. That is the illusion which currently underscores their ‘brotherly’ feelings for Bangladesh’s people. And yet there is a bigger illusion that Inam ul Haque suffers from. Or call it his poor understanding of history or a deliberate staying away from it. Writing in the Pakistani newspaper The Express Tribune on 30 July, under the heading “Changing times --- Bangladesh’s emerging alliances”, he writes:

‘When Bangladesh was torn from Pakistan during that fateful December in 1971, Pakistan was jolted at the moorings. One is still at loss (sic) to find a cogent explanation for the hate and ensuing violence permeating the militant arm of Awami League (AL), the Mukti Bahini’.

Notice his use of the term ‘torn’. Had he been an objective student of history, he would have known that Bangladesh was not ‘torn’ from Pakistan but fought its way out of it for reasons that are today part of the record. Move on to his idea of the Mukti Bahini, which he calls the militant arm of the Awami League. He is obviously embarrassed to acknowledge the truth that the Mukti Bahini was the Bengali guerrilla army which fought the Pakistan army.

Inam ul Haque, like so many others whose attitudes to the 1971 crisis have been ostrich-like, conveniently sidesteps the issue of the killings the Pakistan army resorted to on 25 March 1971. He certainly knows of the academics and students and general citizens mown down in Dhaka and across Bangladesh in the nine months preceding the surrender of the Pakistani military in December of the year but will not bring himself to admit it. That an entire process of history lay behind the Bengali struggle for freedom is what Haque and others like him have looked away from.

He will not tell his readers of Roedad Khan’s sense of glee on the morning of 26 March 1971 at Dhaka cantonment. As Tikka Khan, Khadim Hussain Raja and other genocide men enjoyed breakfast even as the soldiers were shooting Bengalis dead all over Dhaka, Roedad Khan, information secretary in the Yahya Khan junta, intoned cheerfully: ‘Yaar, imaan taaza ho gaya (friends, faith has been revived)’.

Inam ul Haque speaks of hate. Only, he does not say that hate was in his fellow Pakistanis in that dark year. Yahya Khan, having abducted Bangabandhu Sheikh Mujibur Rahman, the leader of the majority party in the newly elected national assembly, arrogantly accused him of treason and threatened to have him punished for his ‘crime’. Z.A. Bhutto saw the army setting fire to Dhaka from his suite at the Intercontinental. The next day, arriving back in Karachi, he proclaimed to the media, rather prematurely, ‘Thank God, Pakistan has been saved.’

Haque of course puts all that aside as he speaks of the ‘hate and ensuing violence permeating’ the Mukti Bahini. Hate was in the killing of students at Dhaka University’s Jagannath Hall. It was in the murder of the philosopher GC Dev and the academic Jyotirmoy Guhathakurta and the veteran political leader Dhirendranath Dutta. Hate was in the Pakistan army’s reducing the Shaheed Minar to rubble and blasting away the Kali Mandir at the Race Course. Hate was in the organised killings of Bengalis over a nine-month period; it was in the rape of tens of thousands of Bengali women.

Haque writes: ‘Refugees from the erstwhile East Pakistan served as one of the casus belli for Indian invasion in 1971.’

That is one more falsification of history. He does not explain why the refugees, ten million of them, fled to India. He glosses over the fact that it was the Mukti Bahini, working under the Mujibnagar government, that launched a determined resistance to Pakistan’s invasion of Bangladesh. India never invaded ‘East Pakistan’. It was the Yahya regime’s attack on Indian targets in the western sector that pulled India into the war in early December 1971.

And here is the last word from Pakistan’s very own Pervez Hoodbhoy, a reputed academic and columnist:

‘We mistreated Bengalis. We thought of them as lesser people. We exploited them and massacred them . . . I want to address Bangladesh because that is not allowed in our official narrative. All we hear is that it was conspiracies. And there couldn’t be a bigger nonsense than that.’

Hoodbhoy was speaking at a literary festival in Karachi earlier this year.