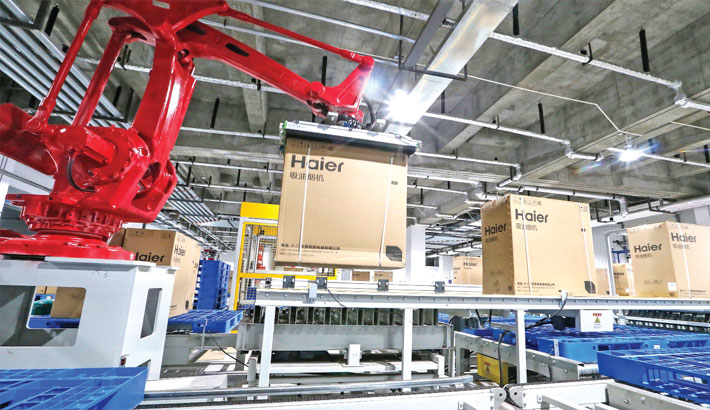 This photo taken recently shows items being transferred at an automated logistics centre in Shandong in China's eastern Qingdao province. 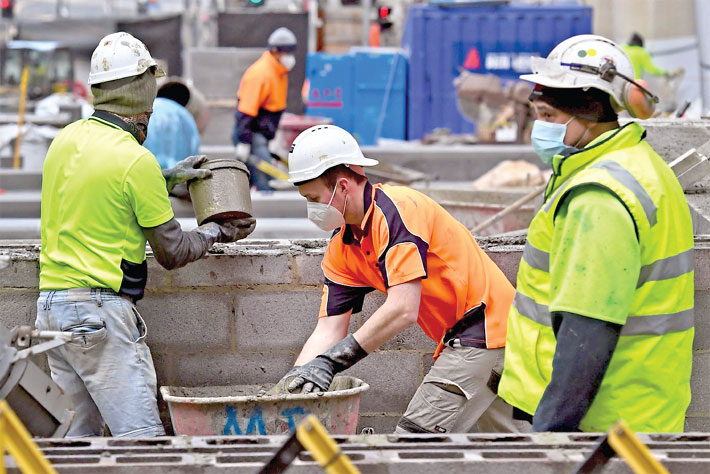 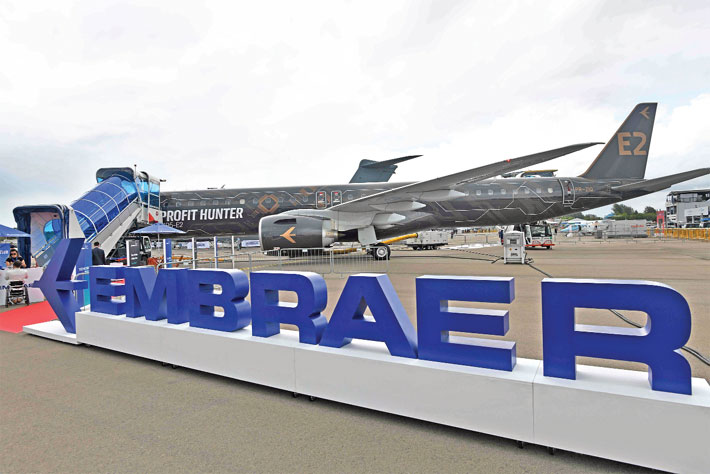 This photo taken recently of Embraer's Profit Hunter aircraft, the E195-E2, as it sits on the tarmac during an airshow in Singapore. Embraer registered net losses of 315.3 million dollars in the second trimester, since it was affected by its break-up with Boeing and by the drop in commercial flights sales due to the new coronavirus pandemic. 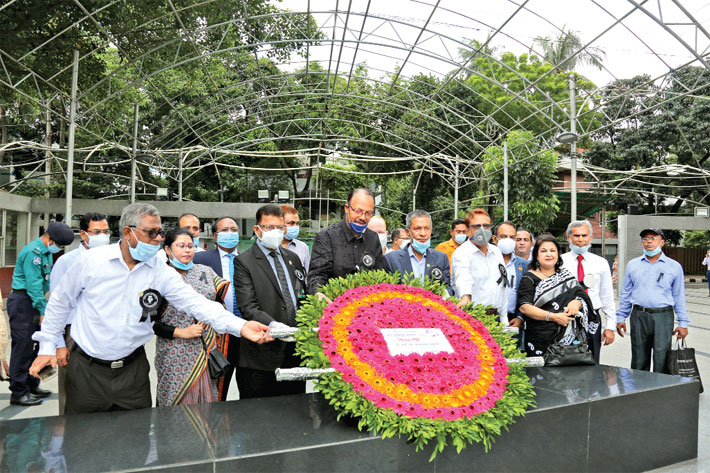 Newly-appointed Chairman of Janata Bank Dr SM Mahfuzur Rahman places wreaths at the portrait of Father of the Nation Bangabandhu Sheikh Mujibur Rahman at Dhanmondi in the capital on Thursday. Directors of the bank were also present on the occasion.