Bangabandhu at C’Wealth Meet in Ottawa 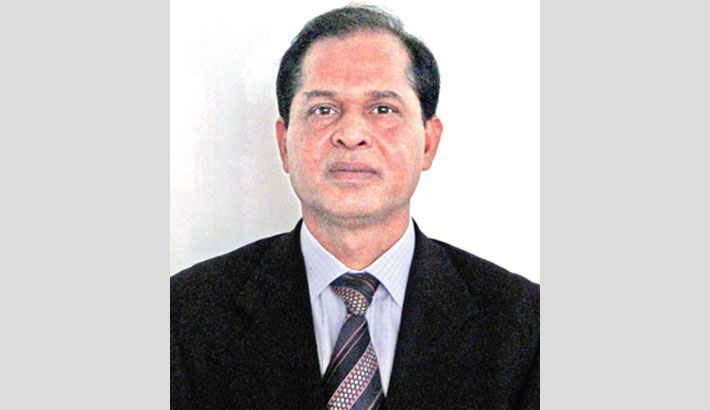 In his introductory statement at the Commonwealth Heads of Government meeting on 3 August, Bangabandhu, at the out-set, expressed his deep appreciation and gratitude to all leaders of the Commonwealth for welcoming Bangladesh in their association. He noted that the importance that Bangladesh attached to the Commonwealth was evident from its efforts to become a member of the Commonwealth, one of the priorities of Bangladesh after its independence. Bangabandhu highlighted the liberation struggle and the subsequent political and economic situation of Bangladesh. In his clear voice, he drew the attention of all participants to the importance of non-aligned policy, the establishment of durable peace in the world, racial discrimination and human rights violations. He was always vocal in his demand for justice for the poor, the oppressed and the hungry people all over the world. The man, who is a lover of humanity, started his speech that day by saying that he was happy to participate in the discussion.

On our liberation struggle and the success of the efforts made by his Government to rebuild the war-ravaged country, Bangabandhu said. “It was a source of strength to us in the dark and difficult days of our liberation struggle to know that we were not alone, to know that the freedom-loving people of the world were with us. Since liberation, we have derived strength from the knowledge that in our efforts to consolidate independence and to reconstruct our war-ravaged country, we have not been alone. Today, as I sit in your midst – just a little over eighteen months since liberation, I recount with satisfaction that, within this period, we have had to grapple with what appeared to be insurmountable problems. Ten million refugees had to be rehabilitated, the projected famine which threatened to claim over a half million lives had to be averted, a shattered communication system, indeed a shattered economy, had to be restored. We have just begun to emerge from this stage of crisis. We have been able during this time to adopt a Constitution and to introduce a parliamentary democracy. Fundamental rights have been guaranteed and the foundations of the rule of law have been laid. We held general elections last March on the basis of adult franchise (the voting age being eighteen) to constitute our first parliament.”

While acknowledging with gratitude the support and assistance Bangladesh had received from within the Commonwealth and outside, Bangabandhu said, “103 states have accorded recognition to Bangladesh. Many have rendered material assistance. Many more, indeed the overwhelming majority of states, including members of the Commonwealth, have extended support to us in international forums. All this has enabled us to find our rightful place in almost all the major international organisations, including nearly all those in the UN family. It was only an unfortunate veto which kept us out of the United Nations last year.”

The poor countries or the developing world were facing the challenge of poverty, hunger, illiteracy, disease and unemployment. These countries had been deceived for centuries from economic freedom or social justice. They were made so dependent economically that it was not easy to overcome that situation. Therefore, Bangabandhu, the advocate of the poor countries said, “With a population of 75 million, we are acutely aware of the gigantic difficulties that are involved in meeting the challenge of poverty, hunger, illiteracy, disease and unemployment. The challenge is more formidable when solutions to these problems have to be found within the framework of a working democracy, when economic freedom has to be secured without sacrificing political freedom, and economic growth has to be achieved without sacrificing social justice. These anxieties and these problems have been with us in the developing world, and will continue to be with us. But, perhaps, the time has now come when the developed world should begin to share these anxieties. They should recognise that they have a common interest in reversing the process which threatens to turn the world where a few islands of prosperity are surrounded by oceans of misery.”

In this context, Bangabandhu added, “Let our deliberations contribute to an awareness of the need to alter policies, which are compounding the problems of the developing countries. Such are the policies which worsen the terms of trade of the developing countries, restrict their access to the markets of developed countries, deplete their foreign exchange reserves and impose intolerable debt burdens on them.”

The messenger of peace, Bangabandhu, wanted to make the world filled with peace. He was shocked by the formidable arms race and nuclear tests. He said, “I believe that both the developed and the developing countries have an overriding common interest in survival and in peace. The arms race remains a threat to mankind. Inherent in it is not only the threat of total destruction, but also a colossal wastage of the earth’s resources. Can we not do something to divert these resources so that they may contribute to alleviating human sufferings and advancing human welfare? Cannot we in the Commonwealth mobilise opinion against the continuation of the arms race and against pollution caused by nuclear tests? Can we not concert our efforts to contribute towards creating an environment of peace in the world?”

Regarding establishment of durable peace and solutions of unresolved problems in the sub-continent, Bangabandhu said, “Our commitment to peace is, therefore, total. This is why we have spared no effort to work for normalisation of relations between the countries of the sub-continent so that durable peace may be established. Despite the deep wounds which had been left by the atrocities of 1971, my efforts have been to create conditions in which these wounds might heal. I impressed upon our people that we should not look backward, but should work towards a future of peace in the sub-continent. We have consistently affirmed that all outstanding issues could be resolved if the parties concerned would sit together on the basis of sovereign equality. Unfortunately Pakistan’s failure to come to terms with reality has stood in the way of solution of problems and normalisation of relations. The situation has further been aggravated by the continued detention of nearly 300,000 Bangalees in Pakistan. These unfortunate people have been removed from their employment, and reduced to a state of destitution, before being herded together in concentration camps. Pakistan has gone to the extent of including a provision in the constitution which asserts a territorial claim to the whole of Bangladesh, which is alleged to be subject to aggression. This constitutional provision was included at a time when over 95 states had already recognised Bangladesh.”

In this context, Bangabandhu informed that despite those provocations of Pakistan, Bangladesh and India took a major initiative to solve humanitarian problems. It was declared to repatriate simultaneously all Pakistanis in Bangladesh, all Bangalees in Pakistan and all 92,000 prisoners of war and civilian internees except 195 prisoners of war (POWs) against whom there were evidence of committing heinous crimes in Bangladesh in 1971. Accordingly, a Joint Declaration was signed and the whole world including the members of the Commonwealth highly appreciated that. He also informed that talks were on and it was expected that an acceptable solution would come to alleviate the sufferings of nearly half a million people and would pave the way for establishment of lasting peace in the sub-continent. He also said, “While thus pursuing the establishment of durable peace in our sub-continent, we would like to associate with every genuine effort to establish durable peace in Asia and the world.”

Welcoming the emergence of a new international environment where confrontation and conflict might be replaced by mutual accommodation and cooperation, Bangabandhu said, “We ourselves are committed to an independent, non-aligned foreign policy. We believe that non-alignment has been a positive force and can materially contribute towards reduction of tension and building an environment of peace in the world.”

Bangabandhu spoke on the problems scattered around the world and sought the intervention of the Commonwealth members in a concerted manner to support the just struggle of the oppressed people against colonialism as well as to stand against racial discrimination and violation of human rights. He said, “There remain, however, areas of the world which should be a source of concern for us. Until there is strict implementation of Paris Peace Accord on Vietnam and stoppage of bombing in Cambodia, prospects of peace in South East Asia will remain unreal. We believe that the aspiration to establish South East Asia and the Indian Ocean as Zones of Peace is widely shared by the people of the region. That represents an enlightened approach to eliminating sources of tension and conflict from these areas. The continued occupation of Arab territories and the denial of the legitimate rights of the Arab people, and the people of Palestine is a threat to peace and urgently demand a just solution. Those who even today are struggling to vindicate their right of self-determination and their basic human rights in South Africa, Rhodesia, Namibia, Angola, Mozambique and other parts of Africa against the forces of colonialism and racialism must have support from all those who value human freedom.”

In the conclusion, Bangabandhu called upon all the world leaders to engage themselves in meaningful discussions on those problems and issues and sharing their thoughts through which a common opinion would come for concerting efforts to establish peace and cooperation in the world.

In the evening of 6 August, Prime Minister Trudeau hosted a reception in honour of nearly 300 journalists who had come to cover the Summit. Heads of state or government of many countries were present at that event. As soon as Bangabandhu, wearing white pajamas-punjabi, black Mujib coat and shawl, entered Ornate Hall of the Canadian parliament, there was mini-stampede from journalists to shake hands with Bangabandhu. In fact, he was the centre of attraction. Requests for exclusive interviews with Bangabandhu poured in great numbers. Scores of journalists were seen vying with each other to talk to him. Bangabandhu was in his usual affable mood in spite of his weekend’s illness and exchanged pleasantries with the journalists.

During the reception, Bangabandhu met a number of heads of delegation and exchanged greetings with them. At one point, the Head of Federal Military Government of Nigeria General Yakubu Gowon was seen talking to Bangabandhu. He asked Bangabandhu why he (Bangabandhu) went to break up Pakistan despite being a strong country. Bangabandhu did not show any annoyance, but laughed and said, “Listen, Mr. President. You may be right. Undivided Pakistan was strong. Undivided India might have been stronger than that. United Asia would have been much stronger. And the world would have been the most powerful if there was a united world. But, Excellency Mr. President is it possible to get everything you want?” With these words, Bangabandhu presented his ‘Shawl’ to President Gowon and said, "Take this small gift from me on behalf of the people of Bangladesh as a token of love and affection."  General Gowon shook hands with Bangabandhu and expressed gratitude for the gift. It is a matter of wondering how such a high-level diplomat could give such a response. The story was heard from late Foreign Secretary Faruq Ahmed Chowdhury.

At that reception, Tanzanian President Julius K Nyerere was talking to some Bangladeshi journalists there. Referring Bangabandhu as the undisputed leader of the Bengali nation and one of the great freedom fighters of the time, he said that the Bengali nation was lucky to have such a leader.

The writer is a former Ambassador and secretary