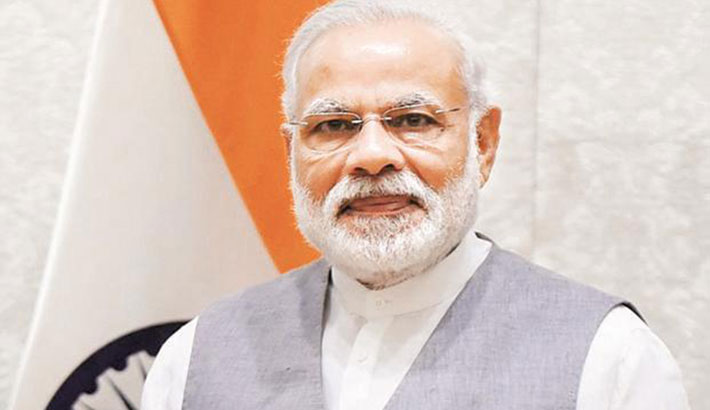 NEW DELHI: Indian Prime Minister Narendra Modi on Wednesday expressed gratitude to all citizens of the country, the Indian diaspora across the world and all the devotees of Lord Ram as he laid the foundation stone for Ram temple in Ayodhya. This is the first time that a Prime Minister has visited Ram Janmabhoomi to offer prayers at the sanctum sanctorum where the deity has been worshipped since 1949, reports Hindustan Times.

The Prime Minister started his address with “Jai Shri Ram” chant. “This chant is not just echoing in Ayodhya but in the entire world,” he said. He also said that Ram Lalla (infant Lord Ram) who has been living in tents for years will finally get a temple of his own now. “Today, Ram Janmbhoomi breaks free of the cycle of breaking and getting built again - that had been going on for centuries,” said Modi.

“Lord Ram is in our hearts, whatever work we have to do he is our inspiration,” the prime minister added. He further said that attempts were made to finish the existence, but Lord Ram is the basis of India’s culture.

“The movement for building a Ram temple had dedication, struggle and resolve. I bow to those people whose sacrifice has made this possible,” PM Modi said. Before the ceremony, the prime minister visited the Hanuman Garhi temple where he performed aarti of Lord Hanuman. Ramesh Das, the head mahant of the temple, gifted a turban and a crown to Modi.

Modi has come to Ayodhya after a gap of 29 years. It was in 1991 when he last visited the city. In 1991, when he last visited Ayodhya, Modi had said that he will come to city only when the construction of Ram temple begins. That was made possible by a judgement of the Supreme Court in November last year when a bench headed by former chief justice of India (CJI) Ranjan Gogoi ruled in favour of Hindus.

The Muslims were given land separately for the construction of a mosque.