A Year Since Abrogation of Article 370

The right to have rights in Jammu & Kashmir 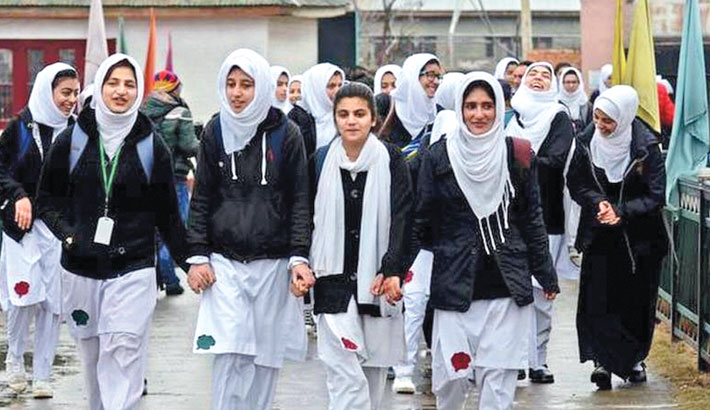 Today is the first anniversary of the Indian government’s announcement of abrogating special status of Jammu and Kashmir, granted under Article 370 of the Constitution.

In a surprise move on August 5, 2019, India revoked the special status granted to the state of Jammu & Kashmir and bifurcated the state into two Union Territories – Jammu and Kashmir, which would have a legislature, and Ladakh, which would be without a legislature.

Simply put, this meant that India legally modified Article 370 of the Constitution in order to ensure a resident of Jammu & Kashmir was granted rights equivalent to those enjoyed by any other citizen of India, experts in India said.

Accordingly, a Kashmiri could now seek greater democracy with local-level governance bodies or Panchayats empowered with more rights at par with other States of India. She could now demand answerability from public offices covered under the Right to Information Act, normally applicable elsewhere in India.

She could also obtain quality education as mandated under the Right to Education. For a Kashmiri girl who wanted to marry an Indian resident outside her state, she could now retain ownership of land within the state, reports from India said.

One year on, much has changed on the ground. Education and employment opportunities in Jammu & Kashmir have been made available for the youth to benefit from.

According to Indian media reports, over five lakh students availed of different scholarship schemes in the past year. With residents of Jammu & Kashmir now benefitting from

reservation in a secure government job, thousands of jobs have been filled up and even more expected to be brought in.

The new Union Territory attracting investments of over Taka 15,000 crores is welcome news for those seeking employment in the private sector.

For Kashmiri women, life has only changed for the better. They are now covered under the Central laws of India which protect and promote their social, economic and political rights, besides those of children and under-privileged sections.

Notably, it was only in October last year that Kashmiri women benefitted from reservation in mainstream politics. In stark contrast, women in Bangladesh have enjoyed such rights for over three decades.

Today, development in Kashmir has taken roots much beyond. Dedicated work on massive infrastructure like the construction of dams, electrification projects, roads, bridges and highways has already begun in good stead.

Foundation work for new Medical and Engineering colleges has started. And focused schemes rolled out for the marginally and self employed in the diverse fields of horticulture, carpentry, handloom and handicrafts, saffron cultivation, among others have already yielded results.

The Covid-19 pandemic has surely slowed down the pace of progress in Jammu & Kashmir, but the government response has been reassuring for the residents. It was among the first Union Territory in India to setup Covid-19 dedicated hospitals.

With a combination of an early response mechanism, aggressive contact tracing and use of Information Technology, its capital, Srinagar, has been selected amongst the top performing districts nationwide in combating the disease.

To boost indigenous industry, an economic relief package of Taka 3,987 crores has been extended to those adversely affected, especially in Kashmir’s famed tourism sector as well as for women entrepreneurs and Self Help Groups.

Perhaps the only industry summoned to the graveyard after the abrogation of Article 370 is that of state-sponsored terrorism.

While terrorism in all its forms and manifestations had long been outrightly rejected by the Kashmiri youth, India’s western neighbour has unabashedly run a system of fomenting, harbouring, financing, propagating and sustaining terror in Jammu & Kashmir and the region beyond.

Development and empowerment of the Kashmiri youth with skills and a secure livelihood is resultantly antithetical to the interests of those who have till now been thriving on hate speech, invocations of blood bath and pogroms and deprivation of Kashmiri youth from a life of promise and possibilities.

It is not surprising then to understand why Article 370 was utilized for proxy war and why such positive changes took over seventy years to manifest.

For a Kashmiri from the 90s, childhood was limited to a disrupted schooling marred by street protests, frequent scenes of stone pelting, civic disturbance, unofficial shutdowns and resulting curbs and curfews.

This childhood of missed opportunities is now a distant past with the Kashmir youths now harbouring hopes and aspirations for a better and peaceful future.