Akshay to get back to shooting! 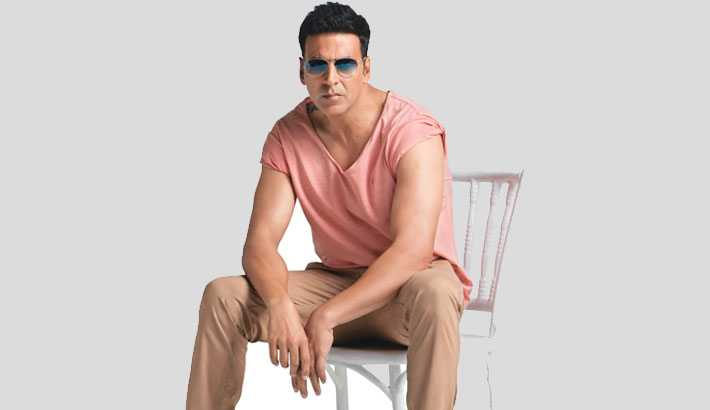 Akshay Kumar is one actor who's known to complete his films in record time. Famous for shooting an entire film in almost a month and sometimes less, his ability to be able to give over five films to his fans every year doesn't come as a surprise. And starting from this year to the end of 2021, he already has seven films lined-up, reports Mid-day.

So these are the titles of his next potential blockbusters- Sooryavanshi, Laxmmi Bomb, Prithviraj, Bachchan Pandey, Bell Bottom, Atrangi Re, and the film he announced yesterday on the occasion of Raksha Bandhan, titled Raksha Bandhan.

And in an interview with Hindustan Times, he spoke about resuming work amid the Coronavirus, the precautions he shall be taking while filming, and how this could be the new normal to abide by. Given the tensed atmosphere the globe is gripped by, wasn't he nervous too? He said, "Of course, I was, but for how long can you live in fear? Initially, when the pandemic started, very little was known about the virus – the way it affects a person."

He added, "So, there was a lot of fear. Now, with time, we know more and also that it's possible to beat it if we've a good immune system. Hence, I decided to get back to work taking all the precautions, not just for me but the entire unit. I was itching to get back to work as soon as it was permitted, and possible. I don't think I've stayed away from the camera for so long and now, there's a newfound excitement to be back on set."

In the last five months, a lot of actors have spoken about unemployment and common people too have lost their jobs. Is this the time for all the working professionals to get back to work? He said, "I've a simple question: if not now, then when? So many people have lost their jobs during the lockdown and were pushed into poverty. I'm sorry but if we keep waiting for a vaccine, then, before the virus, people will get badly affected by unemployment."

Talking about his family's reaction to this, Kumar revealed, "I'm very fortunate that my family has been so supportive. They understand where I'm coming from, that one just can't stay cooped up at home forever. Eventually, will have to step out and start working. I've just decided to do it before anyone else."

Kumar has been setting the box-office on fire ever since the success of Airlift in 2016. Starting from that drama to his last release, Good Newwz, which came out last year in December, the actor has delivered over a dozen successes. These include Housefull 3, Rustom, Jolly LLB 2, Toilet- Ek Prem Katha, Pad Man, Gold, 2.0, Kesari, Mission Mangal, and Housefull 4.