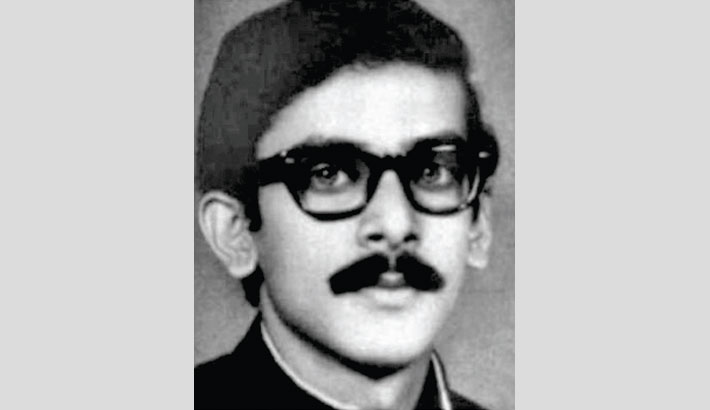 Ministry for Youth and Sports will observe the 71st birth anniversary of Sheikh Kamal through a daylong programme on Wednesday.

The sports ministry will hold a virtual discussion on Sheikh Kamal’s colorful life and dua-mahfil at the National Sports Council (NSC) Auditorium at 11 am. A documentary on his life will be shown and the cover of souvenir titled ‘Shaheed Sheikh Kamal- Alo mukhi ek pran’ will be unveiled during the program. Prime Minister Sheikh Hasina is expected to be the chief guest there. Private Sector Industry and Investment Adviser to PM Salman Fazlur Rahman and State Minister of Cultural Affairs K M Khalid, MP will be the special guests on the occasion.

The sports ministry will also distribute cash assistance among some needy athletes and sports organisers. Apart from these, the Department of Youth Development has taken an initiative to plant 1 lakh trees countrywide to celebrate the 71st birth anniversary of Sheikh Kamal. The ministry instructed to maintain social distance and strict health measures during these programs.  Sheikh Kamal was the eldest son of Father of the Nation Bangabandhu Sheikh Mujibur Rahman and younger brother of Prime Minister Sheikh Hasina. He embraced martyrdom at the age of 26 on August 15 in 1975.

Kamal played a vital role during the liberation war in 1971. He was an organizer of the Mukti Bahini guerrilla war. Kamal received wartime commission in Bangladesh Army and worked as the ADC of General Osmani the Commander-in-Chief of the Mukti Bahini during that time.

Kamal founded the country's prominent sporting club Abahani in 1972. Dhaka Abahani Limited will celebrate the 71st birth anniversary of its founder through a day-long programme at its premises in Dhanmondi, confirmed Club’s team manager Satyajit Das Rupu on Tuesday.

The Dhanmondi-based club will place floral wreath before Sheikh Kamal’s portrait at the club premises at 12:01am which will be followed by day-long Qurankhwani, virtual discussion on his colorful life at 05:00pm and dua-mahfil after the Asr prayers.