‘Selectors need to be more consistent’ 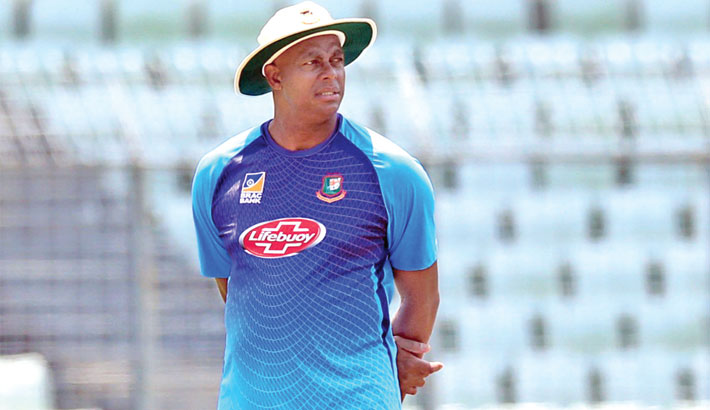 After the axing of Steve Rhodes following Bangladesh’s ICC World Cup 2019 debacle, the chopping blade fell on Courtney Walsh as BCB announced that they will not extend their contract with the veteran Windies speedster.

“I was not even thinking about a renewal of contract as I could not get any info to even plan a bowling camp,” Walsh told daily sun recently.

“I had a good stint. We had some success. Team played well but would have loved to see a bit more consistency from the fast bowlers.  But to be fair, I did not think they were given the chance to gain the experience and the exposure,” he said.

“There are no major issues with the bowlers. It’s just that they need to be given a chance so that they can gain valuable experience.  One game here and one there won't help them to develop,” he said.

Bangladesh changed two pace bowling coach since the departure of Walsh as Charl Langeveldt moved out from Bangladesh's coaching setup to take up a role with South Africa National Cricket Team setup.

The move followed a request from Cricket South Africa to BCB and following the unexpected departure of Charl, BCB opted to appoint Walsh’s compatriot Ottis Gibson as the new bowling coach of Tigers.

Walsh believes that the former South African head coach Ottis is likely to do a good job with the pacers but added that BCB needs to be supportive.

“Ottis is a very good coach and if he gets what he wants that will only help the players get better but there has to be a level of trust on the coach,” said Walsh.

“The guys I worked with, were eager to learn and would accept and try changes,” he added.

Walsh added that he was impressed with the way West Indies pacers are coming good at this moment and regarded Shanon Gabriel highly.

“The team played very well in the first Test and Gabriel did extremely well to get fit to play and perform the way he did,” said Walsh.

“We have a lot of talented pace bowlers in the West Indies so that's a good signs,” he said adding that he liked the way both England and West Indies protested against systemic racism.

Though England clinched the series by 2-1 margin against West Indies, Windies winning a Test in England was itself a really important development, it has a gained special importance for another reason as cricketers from both teams took to the field wearing ‘Black Lives Matter’ written in their jerseys to commemorate the murder of George Floyd in USA.

As international cricket returned to the field with this series after coronavirus pandemic erupted, this series was the centre of focus of every cricket fan in the world. West Indies won the first Test of the series in England while the host won the next two Tests to earn the memorable series win.

The cricketers along with umpires of both the teams knelt down in support of the ‘Black Lives Matter’ movement before the opening game of the three-match series.

“I think a lot of good has come out of what has happened in England with both teams coming together against racism,” said Walsh adding that he is spending some quality time with his family utilising the break induced by coronavirus pandemic.

“At present, spending quality time with the family and hope to see my mom soon,” he said.

“Just want to urge everyone in Bangladesh to stay well and stay safe,” he concluded.