Johnson warns of second wave of corona in Europe 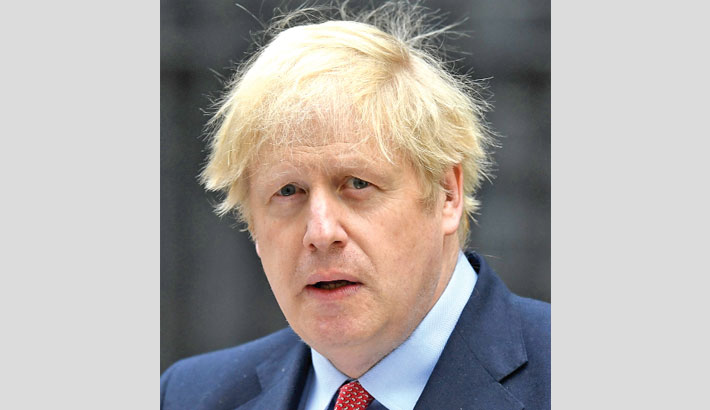 LONDON: British Prime Minister Boris Johnson warned Tuesday of a “second wave” in Europe of the coronavirus as he defended a controversial decision to quarantine all travellers arriving from Spain, despite criticism from Madrid, reports AFP.

Johnson insisted the UK had taken “swift and decisive” action at the weekend to impose a 14-day quarantine on everyone entering Britain from Spain—a major tourist destination for Britons.

The move was subsequently criticised by both the Spanish government and in the UK. Spanish Prime Minister Pedro Sanchez called the decision “unbalanced” and insisted parts of his country were safer from the virus than areas of Britain.

But Johnson, on a visit to the English midlands, said it was the correct move.

“What we have to do is take swift and decisive action where we think that the risks are starting to bubble up again,” he said in Nottingham.

“Let’s be absolutely clear about what’s happening in Europe, amongst some of our European friends, I’m afraid you are starting to see in some places the signs of a second wave of the pandemic.”

However the premier did appear to indicate the quarantine period could be relaxed. Asked if it might be imposed for 10 rather than 14 days, Johnson said the UK was looking at ways “we can mitigate the impact”. Britain imposed the measure following a recent surge of cases in Spain.

Germany has expressed “great concern” at the virus spike. Sanchez defended Spanish tourist hotspots, including the Balearic and Canary islands, Andalucia and the Valencia region, saying they had “a cumulative incidence of the virus that is lower than that currently in the United Kingdom.

“That is to say, in epidemiological terms, it might even be safer at these destinations than in the United Kingdom,” Sanchez told the Telecinco channel in an interview on Monday. He added that Madrid was in talks with London “to try to convince them to reconsider the measure, which in our opinion is unbalanced”.

In Britain, the decision has also come under pressure from the opposition Labour party, which claimed Johnson’s government had “badly handled” it. Labour called for help for British tourists hurriedly returning to the UK over fears that the new rules could affect their jobs.

London had initially said people could still travel to the Canaries and Balearics, but later extended the quarantine to these island groups. The move is potentially perilous for the Spanish tourist industry, which received 18 million visitors from the UK last year, the largest number from a foreign country.