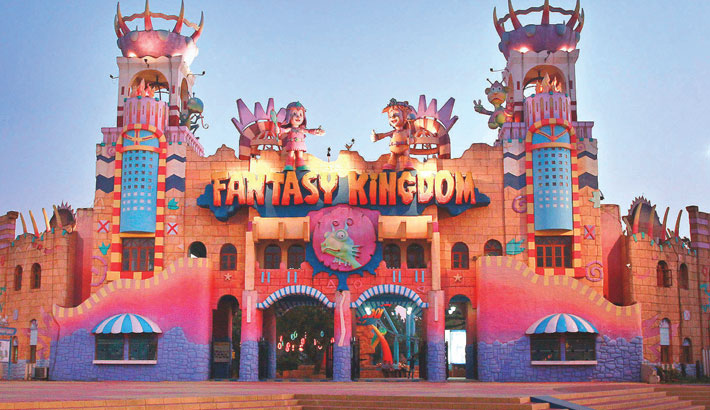 Although various institutions were opened to keep the economy afloat, parks and amusement entrepreneurs have urged the government to reopen the amusement parks.

They said the industry has come to a standstill due to coronavirus lockdown for about 3 and half months. As a result, many workers, officials and traders are facing livelihood uncertainty. Moreover, various rides of parks and recreation centers are being damaged.

“Although the tourism and amusement parks have suffered irreparable damage, so far no specific direction has been found to open the parks. If the parks can re-open in view of the upcoming Eid-ul-Azha, the government will generate revenue and the traders will be able to survive” said a Bangladesh Association of Amusement Parks and Attractions (BAAPA) press release.

Despite the business season, the tourist and amusement parks are already closed following the government's instructions. Due to this, the sector is facing a crisis and the entrepreneurs of this sector are suffering.

All tourist and amusement parks have already taken all necessary steps to prevent coronavirus infection in accordance with the Department of Health's hygiene rules, so the parks can be reopened at any time as directed by the Government.

Rides set up in tourist and amusement parks are imported from abroad and can be damaged at any time as the rides are closed for a long time.

For a long time, the country’s tourism and amusement park sector has been playing a major role in the development of the country by providing huge revenue to the Government treasury through income tax, VAT and other taxes, including employment of a large population.

It has been playing a special role in building a promising and healthy next generation. Moreover, various institutions including hotels, restaurants, shopping malls, transport and airlines have been re-opened to keep the economic activities going.