A frustrating era for Bangladesh football 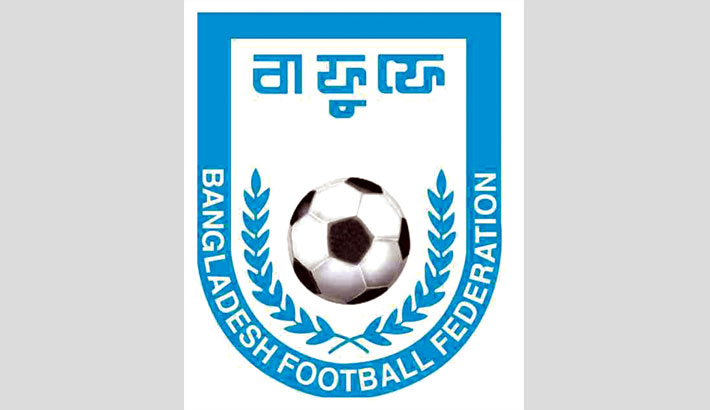 Bangladesh National Football Team achieved their highest ever slot in FIFA’s world rankings in 1993 which was 116th, since then they haven’t ever stepped above the 120th position. Last 12 years, starting from 2008 to 2012, Bangladesh’s performance has been more disheartening as they stooped their historical low during this period of time. Bangladesh managed to clinch on to the 149th slot (2009) for very brief period of time which was their highest rank during this period with the lowest rank coming in at 197th (2017).

The men in red and green ended the last year at 187th position which is still unchanged in the latest rankings released by FIFA last June. Among other South Asian nations, India are at 108th, Afghanistan are at 149th, Maldives are at 155th, Nepal are at 170th, Bhutan are at 189th, Pakistan are at 200th and Sri Lanka are at 206th.

Bangladesh Football Federation (BFF) was founded in 1972 and became the member of AFC and FIFA in 1973 and 1976 respectively. Bangladesh National Football Team played out at 2-2 goal draw with Thailand in their first official international match in July 1973. They played a total of 267 matches against 48 nations in different international competitions and friendlies till date; securing 72 wins, 55 draws and conceding 140 defeats.

Bangladesh claimed the SAFF Championship in 2003 and ended as runners-up twice in 1999 and 2005. Apart from these achievements, they also became the runners-up of Bangabandhu Gold Cup in 2015, runners-up in Quaid-E-Azam International Cup in 1985, champions in President's Gold Cup in 1989, champions in Four-nation International Invitational Football Tournament in 1995 and runners-up in Myanmar Grand Royal Challenge Cup in 2005. Bangladesh played a total of 52 matches in FIFA World Cup qualifiers since FIFA World Cup 1986 qualifiers; securing 8 wins, 6 draws and conceding 38 defeats.

In the last 12 years, Bangladesh played a total of 14 matches in World Cup qualifiers; drew two while conceding 12 defeats.

Apart from these, they organised a friendly match between Argentina and Nigeria in 2011 in Dhaka and invited Former Brazil goalkeeper Julio Cesar to create hype in the country's football. FIFA President Gianni Infantino and former FIFA President Sepp Blatter also made their visits in Bangladesh in 2018 and 2012 respectively.

But are these enough for the development of football? Salahuddin-led BFF Executive Committee constructed a single football academy in the nation during their 12 years. The committee arranged only 3 editions of Women’s Domestic Football League after it was introduced in 2011, only 3 editions of the BFF Under-18 Football Tournament since 2014. Former star footballer Sheikh Mohammad Aslam believes that the country's football witnessed its worst phase during the last 12 years.

“Ranking could be considered as the result; what we have done throughout the years can is represented there. A good ranking will motivate the team to do better next year. I appreciate that they (BFF) have been arranging some domestic events regularly, but only a few clubs are getting benefits from this neither our national team nor our grassroots footballers. This is the reason we don't have good strikers. The present committee could do a lot of work in grassroots football, they didn’t do this,” he told Daily Sun.

Bangladesh women’s national football team, which achieved their highest rank of 91 in 2009, now are at their lowest at 142. They played their last international match on March 20, 2019. Bangladesh will have to play at least one international match within the next three to four months to avoid FIFA rankings drop-out.  The women’s team clinched silver in SAFF Women's Championship in 2016 and bronze in SA Games in 2010.

BFF organised the first edition of Bangamata Under-19 Women's International Gold Cup last year. Bangladesh Under-19s were declared joint champions with Laos Under-19s as their final match was abandoned due to cyclone Fani. Apart from this, the Under-19s emerged champions in SAFF in 2018.

Bangladesh Under-15 girls were a source of good news for Bangladesh’s football during this era. They became champions in SAFF in 2017 while finishing runners-up two times in 2018 and 2019. The girls also emerged champions two times in AFC Under-14 Girls’ Regional (South and Central) Championship in 2015, 2016 and clinched the title of Jockey CGI Under-15 Youth Tournament in 2018. Besides, twice the girls qualified for AFC Under-16 Women's Championship in 2017 and 2019 respectively.  The head coach of Bangladesh women football team Golam Rabbani Choton believes that the age-level women’s football made some good progress in recent times.

“I believe we did very well in the last 12 years. Our girls are now able to play quality football, they can attract football fans. I think we made some good progress in the age-level women's football in these 12 years,” he said.