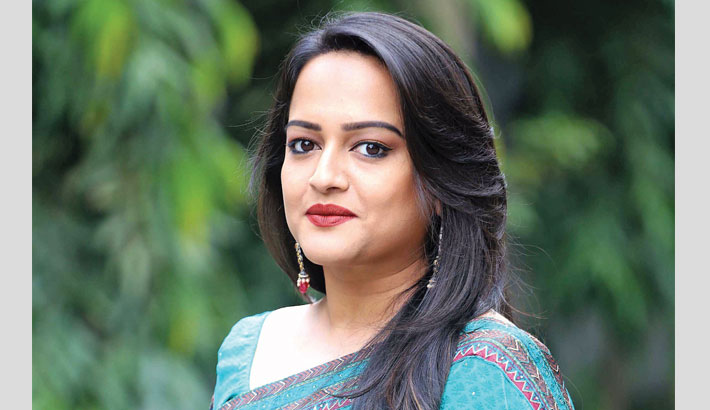 Popular model and actress Rumana Rashid Ishita starrer special telefilm ‘Keno’ will be aired on Rtv on the occasion of Eid-ul-Azha.

The telefilm has been written by Shahiduzzaman Shawon while talented director Mahmudur Rahman Hime directed it.

Talking about the drama, Ishita said, “Keno is a romantic genre telefilm. The story of the film is fantastic. Hime has directed it with utmost care. My character is also interesting. I hope the audience will enjoy the telefilm very much.”

On the other hand, Hime said, “I’m impressed with Ishita’s performance in the telefilm. She has done her job wonderfully. I believe it will be a good telefilm.”

Rumana Rashid Ishita is a popular model, television actress, director and writer in the country.  She won the national talent competition, Notun Kuri, as a child artiste in 1988.