Four Bangladeshi films to be screened at IVIFF 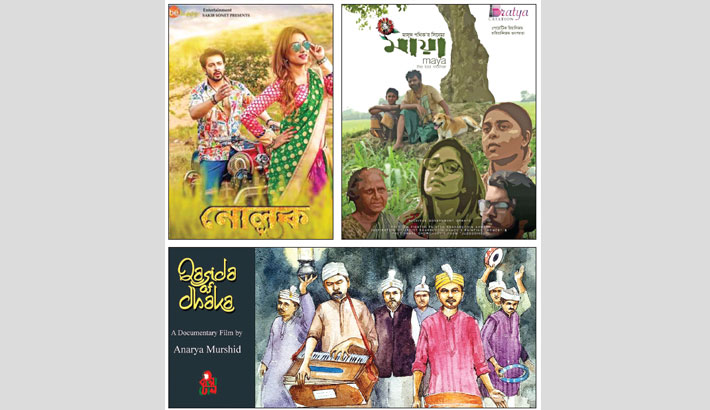 Four Bangladeshi films will be screened at the Indus Valley International Film Festival (IVIFF) to be held on August 1-9 in New Delhi.

A panel of judges has selected the films for screening at the event. Bangladeshi Distribution Company CineMaking sent a total of nine films to the festival and four of them have been selected for the festival.

CineMaking owner and Bangladeshi coordinator for the festival Monjurul Islam Megh said, “The jury board has selected ‘Nolok’ in the popular category, government-funded ‘Maya-- the Lost Mother’ in feature films category, ‘Mala Bhabi’ in short films category and ‘Qasida of Dhaka’ in documentary category.”

“The event will be held on online due to the ongoing coronavirus outbreak. A number of eminent filmmakers and artistes from Bangladesh will also join the online discussion”, he added.

Bollywood movie ‘Pataakha’ directed by Indian national award winning filmmaker Bishal Bhardwaj will open the festival while Nandita  Das’s ‘Manto’ will be screened on the concluding day on August 9.