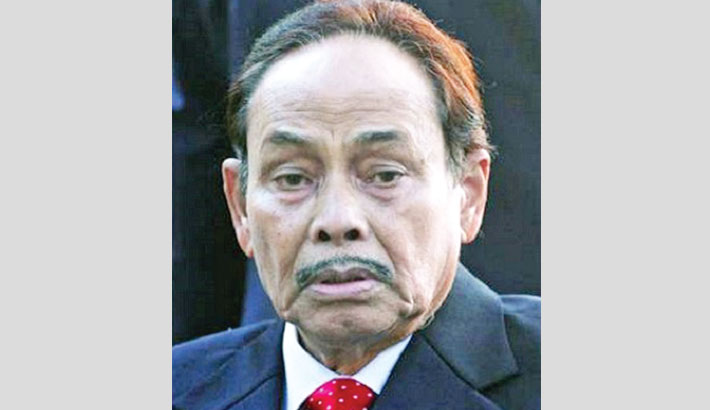 The party has planned to observe the day with various programmes across the country, including the capital. The party chalked out the programmes at a preparatory meeting recently.

The programmes include keeping party flags at half-mast at its all offices, recitation from the holy Quran, offering prayers and discussion. The anniversary programme will start in the morning, maintaining social distancing.

To mark the day, Jatiya Party Chairman GM Quader and Secretary General Moshiur Rahman Ranga along with central leaders will fly to Rangpur in the morning.

They will offer Ziarat and place wreaths at Ershad’s grave at 10:30am.

Jatiya Party chief patron Raushan Ershad will also arrange doa mahfil at her Gulshan office in the capital in the afternoon.