‘No need’ for another US-N Korea summit 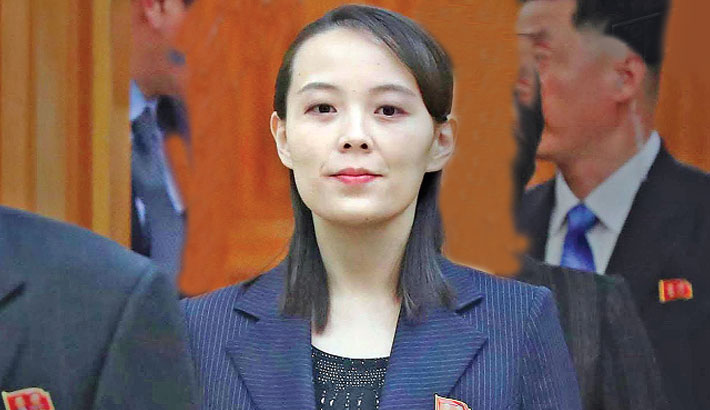 SEOUL: The powerful sister of North Korean leader Kim Jong Un said Friday there was “no need” for another summit with the United States unless Washington offered a “decisive change” in approach, reports AFP.

Kim and US President Donald Trump first met in Singapore two years ago but talks over Pyongyang’s nuclear arsenal have been stalled since their Hanoi summit collapsed in early 2019 over what the North would be willing to give up in exchange for sanctions relief.

Trump said this week he would “certainly” meet with Kim again “if I thought it was going to be helpful”, after speculation that he might pursue another summit if it could help his re-election chances in November.

But in a statement carried by the official Korean Central News Agency, Kim Yo Jong — who has emerged as one of her brother’s closest advisers — said: “There is no need for us to sit across with the US right now.”

If a summit was held, she said, “it is too obvious that it will only be used as boring boasting coming from someone’s pride”.

Denuclearisation, she added, was “not possible at this point”, and could only happen alongside parallel “irreversible simultaneous major steps” by the other side — which she emphasised did not refer to sanctions lifting.

She did not go into specifics, but Washington stations 28,500 troops in the South to defend it against its neighbour, and has a range of military assets in Japan and the wider Pacific region.

Pyongyang insists that it needs its nuclear arsenal to deter against a possible US invasion.

Kim Yo Jong’s statement was only her personal view, she said, but the lengthy declaration appeared intended to send multiple messages.

She said she had watched the July 4 Independence Day celebrations in the US on television and had been given permission by her brother to “personally obtain, for sure, the DVD of the celebrations... in the future”.

Her brother had “entrusted me with conveying his wishes to President Trump that he would certainly achieve great successes in his work”, she added.

Kim Jong Un declared in December an end to moratoriums on nuclear and ballistic missile tests, and Pyongyang has repeatedly said it has no intention to continue talks unless Washington drops what it describes as “hostile” policies towards the North.