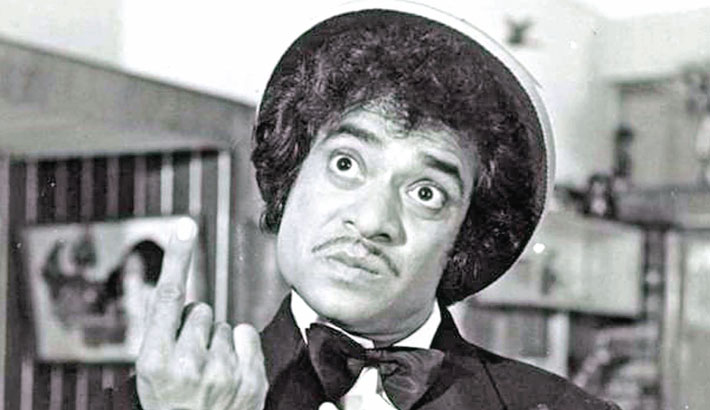 After Irrfan Khan, Rishi Kapoor and Sushant Singh Rajput, Bollywood has lost yet another gem. Veteran actor Jagdeep, best known for his role of Soorma Bhopali in Ramesh Sippy's blockbuster Sholay (1975) passed away on Wednesday. He died owing to age-related health problems at the age of 81, reports mid-day.

"He passed away at 8.30 pm at his residence in Bandra. He was not keeping well due to age related issues", producer Mehmood Ali, a close family friend, told.

"Heard the sad news of Jagdeep Saab’s demise. Always enjoyed watching him on screen. He brought so much joy to the audience. My deepest condolences to Jaaved and all members of the family. Prayers for Jagdeep Saab’s soul (sic)", wrote Ajay Devgn. Actor-comedian Johnny Lever took a dip into memory lane and recalled his first meet with the late actor. He wrote, "My first film & the first time I ever faced the camera, was in the film #yehrishtanatoote with the legend himself #Jagdeep bhai. We will miss you... May his soul rest in peace. Our prayers & deepest condolences to the family (sic)".

Manoj Bajpayee also paid his condolences to the veteran actor. Director Anubhav Sinha expressed his deepest condolences to the family. Actor Aftab Shivdasani also mourned his death. He also prayed to god to give strength to the family. Tusshar Kapoor wrote, "RIP Jagdeep Saab! Millions of us grew up watching your brilliance on screen! Thank you for the legacy, thank you for the laughs, too (sic)".  Jagdeep started his career as a child artiste in BR Chopra's 1951 release, Afsana, starring Ashok Kumar, Veena and Pran. Later, he would make a mark with roles in films such as Bhabhi (1957) and Barkha (1959). Jagdeep's golden patch would begin with GP Sippy's 1968 film Brahmachari, starring Shammi Kapoor. His comic role in the film was widely appreciated. Through the seventies, eighties and the nineties, he became a familiar face in Hindi films, essaying the goofy funnyman in film after film.

The late actor is survived by his children, including sons Jaaved Jaaferi and Naved Jafri, who also made their mark in the entertainment industry.