BGB adds ATVs to its fleet 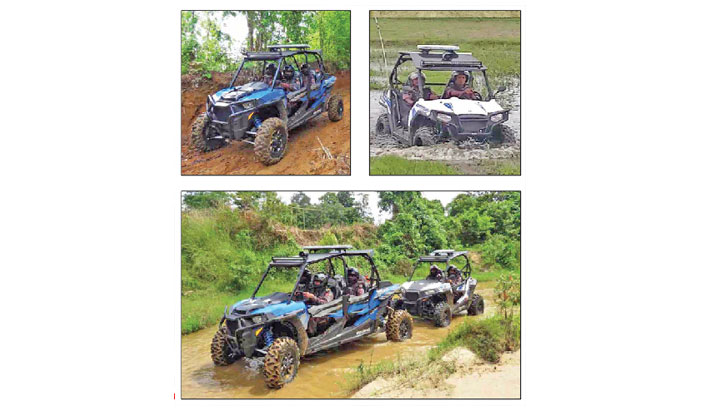 All-terrain vehicle (ATV) has been added to Border Guard Bangladesh (BGB) to combat cross-border crime by carrying out quick and effective patrols.

The vehicles were provided for the BGB from the Prime Minister, BGB’s Public Relations Officer Md Shariful Islam said in a press release on Thursday.

The release also said that ATVs will be used to conduct regular patrols in the areas based on information from the surveillance systems, making state security activities more organised and timelier.

ATVs are well suited for navigation on muddy, narrow roads, sandy pastures, various reservoirs including canals, hilly roads, and any inaccessible road. They can also be dropped from helicopters for use in special operations due to their light weight.

The press release said that 328 kilometres out of the 4,427 kilometres of border area with India and Myanmar has been particularly identified as risky.

The BGB has taken steps to establish and expand “Smart Digital Surveillance and Tactical Border Response Systems” in these particularly high-risk and sensitive border areas, to provide impeccable security, surveillance and counter-international crime.

Surveillance systems have already been set up in the 23 kilometre area of Putkhali in Jessore and in the Teknaf border in Cox's Bazar.