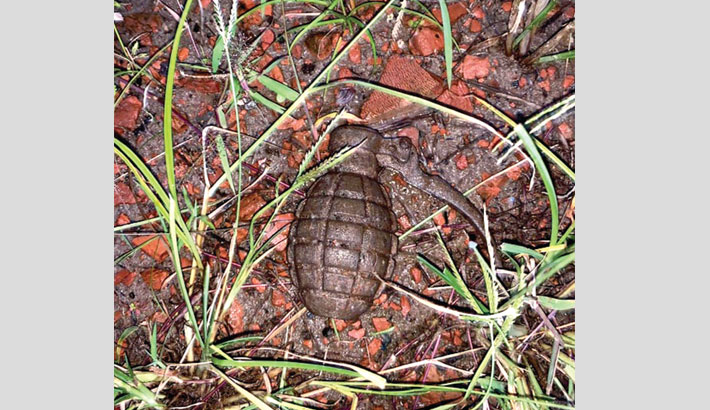 CHATTOGRAM: A live hand grenade was recovered from the consignment of imported iron scrap at a steel mill at Mirsarai upazila in the district on Wednesday night.

Workers of the factory of Bangladesh Steel Rerolling Mills (BSRM) in Sonapahar area spotted the rusty grenade while sorting the imported scrap.

Being informed, the factory management informed the matter to the local police station.

Later, a team from the bomb disposal unit of police rushed to the spot and defused the grenade safely, said the unit In-Charge Inspector Rajesh Barua.

Quoting the factory authority, he said the grenade might have come with the imported scrap from Japan.

The consignment was unloaded at the Chattogram port in between June 21 to July 1, said Rajesh.

The grenade was defused near the factory later, he added.

Inspector (Investigation) Md Helal Uddin of the concerned Jorarganj police station said primarily they could confirm that the grenade reached the factory with the imported scrap.

Mentionable, a grenade was also recovered from the imported scrap at the factory of GPH Ispat at Sitakunda upazila in the district on November 22 in 2014.