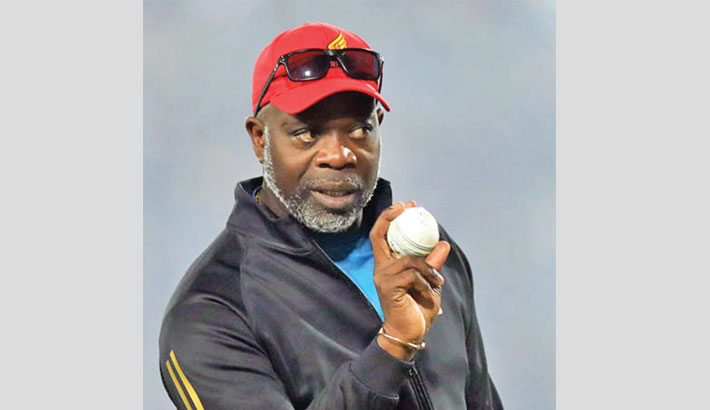 Bangladesh bowling coach Ottis Gibson had a video conference with national pacers on Tuesday and reminded them of the importance of maintaining their fitness.

Due to the coronavirus pandemic, people all around the world are now expected to stay at home and it is no different for members of the national team management.

The foreign coaching staffs of Tigers are at their home in their respective countries as they are unable to return due to the pandemic.

It's been over four months since players participated in any outdoor practice session and matches due to the fear of contagion.

Despite being away from their charges, the coaches are providing their valuable inputs to the players by communicating with the cricketers through video conferences or other social media platforms.

Pace bowling coach Gibson has also had a video conference with his pacers and there he conveyed his message about not losing patience and keep working on their fitness.

One pacer, requesting anonymity, said that it will require some time before things can return to normalcy and not everyone has the opportunity to practice bowling. Those who have the opportunity were given some tasks.

“It may take some time for the situation to return to normalcy. So the issue of maintaining fitness was being reminded again and again. There is no opportunity to bowl for many pacers right now. Those who have such facilities are being given some task,” the pacer said.

Meanwhile, BCB is awaiting decision about the fate of Asia Cup and based on that they will plan the practice camp for the national cricketers.

Asian Cricket Council (ACC) will meet on July 9 to determine if the tournament will be held on time. Should there be a green signal; Bangladesh will select a 24-member squad for a camp in July-August for training specifically for white-ball cricket.

During the last ACC meeting on June 8, the possibility of arranging the tournament in Sri Lanka emerged as a possible solution considering the COVID-19 situation in the country.

“There is a meeting on July 9 and we are expecting to have a clear picture about the tournament after that meeting. If Asia Cup is held in time, we will select a 24-member squad for the training camp scheduled for July-August which will feature only ODI cricketers,” said BCB Chief Selector Minhajul Abedin.

“If Asia Cup is not on cards, we will have the camp with 37 cricketers emphasising mainly on fitness in the initial stages before moving towards skill training,” he said.

The camp is scheduled to start in the end of July or in the first week of September with rumours floating in the air that Asia Cup is all set to be postponed.