CWAB asks clubs for due payment 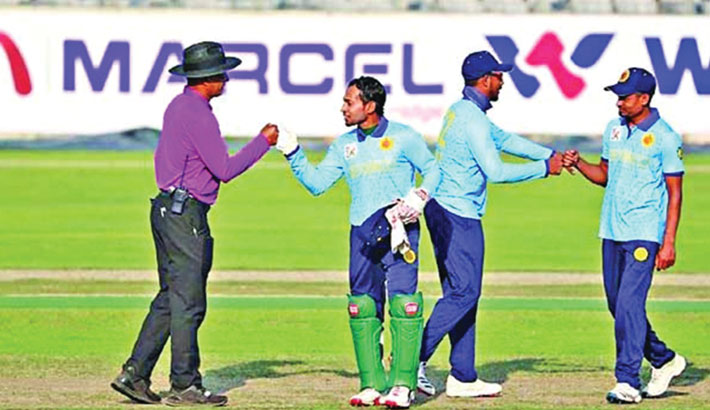 DPL, country’s prestigious 50-over Dhaka-based club competition was suspended after only one round due to the coronavirus pandemic.

Cloud of uncertainty is looming over the future of DPL as country is yet to reach a stage where it can resume cricketing activities.

Cricket Committee of Dhaka Metropolis (CCDM) officials recently said that they will sit with the clubs after April 15 and would try to complete the tournament even if it is on a single leg basis if things take a turn for the better.

However, that did not happen as coronavirus crisis began to worsen with every passing day in the country. BCB has continued its financial support to the less privileged and insolvent cricketers and sportsmen during the ongoing pandemic.

On the eve of Eid-ul-Fitr, BCB handed out financial aid to 1,600 cricketers who play in different cricket leagues under CCDM but are under any BCB contract. The cricketers of DPL and First Division League received Tk 10,000 each while the cricketers of 2nd and 3rd Division Cricket League got Tk 8,000 each.

But considering the current socio-economic context, questions can always be raised whether the money provided by BCB is enough or not to run a family for a month.

DPL is considered to be the source of bread and butter for a major portion of the cricketing fraternity and they are the ones to suffer the most in this condition. It was learnt that many players have not yet received the money due as per the terms of the contract. In Tuesday’s online meeting, CWAB proposed voiced the concerns to BCB on behalf of the cricketers.

BCB Chief Executive Officer Nizamuddin Chowdhury and Cricket Committee of Dhaka Metropolis (CCDM) Chairman Kazi Inam Ahmed were present in the meeting. CWAB's statement after the meeting mentioned that BCB CEO and CCDM Chairman have committed to consider the situation.

As per the terms of contract, clubs are required to pay 50 per cent of the contract money to the players at the time of signing the contract. However, a large part of the cricketers have not received it yet.

“BCB has been asked to ensure that 50 percent payment is done to the cricketers in accordance with the rules and regulations of the Premier League,” CWAB stated in a statement on Wednesday.

It has also been demanded that if such a situation arises where cricket can be resumed in the country, it should start with DPL.

Different club officials told daily sun that they are yet to receive any official letter from BCB in this regard (50 percent payment) but will look into it in the coming days.

“We have not received any letter from BCB in regards to the issue of paying 50 percent of the contract money to the players. We have learnt that there was a meeting of CWAB and players urged them to take an initiative so that they can get the payment,” said an official. “We will look into the matter but one has to take the current economic context into account as well,” he said.

“Clubs are run on the back of donations and at this point, getting donation won’t be easy,” he said.

A CCDM source said that they are eyeing to resume DPL in September but a lot of ifs and buts are involved as well.