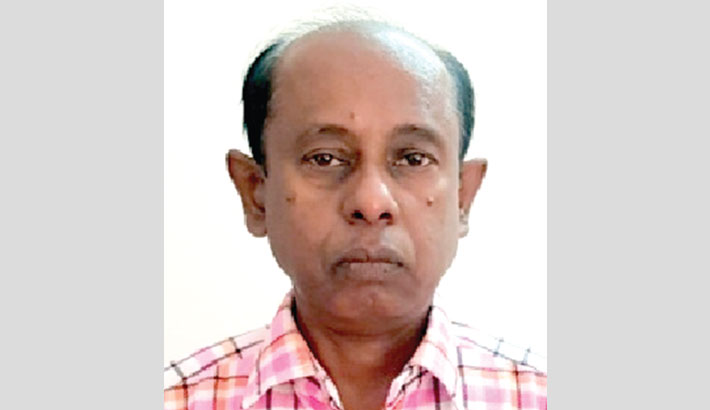 A physician asked his junior colleagues to wash their hands and apparatus before attending patients and conducting operation but the consequence was terrible. He was termed as mad and had to face brutal death. He was Dr. Ignaz Philip Samuelwise, a Hungarian physician working in a hospital in Austria.

In 1847 people, even doctors had no idea about pathogen and evil spirit was considered as the cause of disease and death. Amid such atmosphere it was nothing but inviting danger to present such a peculiar theory that attending patients without washing hands was the cause of death. This theory was a war of science against ignorance and superstition. Many scientists had to sacrifice their lives for scientific truth in the world and Dr. Ignaz was such a person.

During mid 18th century number of death of pregnant women in Vienna General Hospital was very high, more than three times than normal death and child bed fever was rampant. After observing some days Dr. Ignaz ordered physicians of maternity ward to wash their hands and apparatus properly with chlorinated lime before attending patients and operation.

Doctors could not understand any reason behind such unprecedented idea but they had no other alternative. So, though annoyed inwardly, they were compelled to obey that order. Surprisingly, it was found that after applying this simple practice number of deaths was reduced by around 99%. Within one year no patient died in hospital and naturally Dr. Ignaz was very happy. He started writing in different journals that neatness, i.e. washing hands and apparatus was at the root of it. But why? As nobody had any idea about germ Dr. Samuelwise could not clarify the reason but tried to convince others with using statistics. Other doctors and scientists turned back thinking that Dr. Ignaz had been accusing them of death of patients. Even hospital authority held similar stand.

Dejected Dr. Ignaz came back to his home in Hungary. After long thinking and some experiments he published his research in a science journal in 1861 that before attending patients after coming from toilet physicians should wash their hands properly. He noticed that when doctors attend patients after coming from morgue, some terrible elements enter into the bodies of patients through doctors which cause death. His observation yielded no result because not only doctors, other science personalities also believed that evil spirits were at the root of disease and death. Human beings had no power over it and Dr. Ignaz was talking nonsense. Even his wife started thinking that Dr. Ignaz had gone lunatic, if not, who can say such incredible words?

Then Dr. Ignza started sending letters to doctors person to person and requested gynaecologists to wash their hands before operation because it was the most effective way to save lives of patients. Knowing fully well if they do not follow it, then it is to be taken for certain that they had been committing crime like murder beyond their knowledge.

Situation mounted peak. In Bengali there is a proverb – God turns ghost within the circle of ten i.e. ten people together can make a fair foul. In a body others termed him as insane and Dr. Ignaz’s extreme frustration turned into depression. Following a nervous breakdown in 1865 he was sent to mental hospital. Nobody could realise that negligence from others had pushed him to such a catastrophe. Rather, they declared that he was attacked by neuro syphilis. Others opined that he was haunted by evil spirits and instead of providing treatment he was beaten. Injuries turned poisonous and his right hand became septic. Poison spread through blood and factually untreated he died of septicemia on 13th August, 1865, at the age of only 47. No physician attended his funeral, not a single line was written about him by Hungarian Medical Society.

After 155 years of the death of Dr. Ignaz, such brutality is still noticed during present pandemic created by corona virus. In many places patients are not being attended properly, not even admitted into hospital at all.

The chapter of Dr. Ignaz could end there but he was evaluated by Louis Pasteur, another great in microbiology and chemistry. Noted scientist of the world acknowledged the research of Dr. Ignaz that disease originates and spreads through bacillus. The name of Dr. Ignaz was restored with golden letters in the history of medical science.

Not only that, after 161 years of Dr. Ignaz’s prescription World Health Organisation accepted handwashing as the first step towards neatness.15th October is being observed as Global Handwashing Day since 2008. In the initial year, the focus was to teach maximum number of school children to wash hands with soap in more than 70 countries of the world. As a part of inaugural day celebration, cricket legend Sachin Tendulkar and his team mates joined around 100 million school children all over India to raise awareness of better health and hygiene through handwashing.

Aim of this campaign was to reduce death rate. It has been observed that this simple behavioural change, i.e. handwashing with soap can reduce mortality rate of respiratory disease by 25% , diarrhoeal diseases can be reduced by 50%. Around the world more than 60% of health workers do not follow proper hand hygiene. According to the US Centre for Disease Control and Prevention, US health care providers, on average, wash their hands less than half of their actual requirement. On any day, 1in 25 US hospital patients are infected by healthcare related diseases.

In 2014, this day was used as an opportunity to fight Ebola virus. In Nigeria, for example, Concern Universal and Carex sponsored programmes with renowned singer Sunny Neji. Even in the USA, the Centre for Disease Control used a theme – life is better with clean hands and launched a national hand hygiene campaign across the USA. Its aim was to communicate the importance of handwashing before cooking and eating and after coming from bathroom.

Even today, in 2020, when the whole world is trembling with the fear of Covid-19, the World Health Organisation has prescribed handwashing frequently with soap and water, 20 seconds every time, as the best preventive measure. It reduces the amount of any type of germ on hands. Any ordinary soap is effective enough like antibacterial soap. If soap and water are not instantly available, an alcohol based hand rub containing at least 60% alcohol can be used. If used properly it can inactivate any germ including corona virus effectively. Most important times for handwashing are after coming in contact with a sick person, after coughing, sneezing or blowing nose, after touching potentially infected things such as laptop, railing or door lock, before eating and after using washroom etc. It is now established beyond question that Dr. Ignaz was correct and after 173 years of his suggestion the present initiative of washing hands is certainly a great tribute to him.