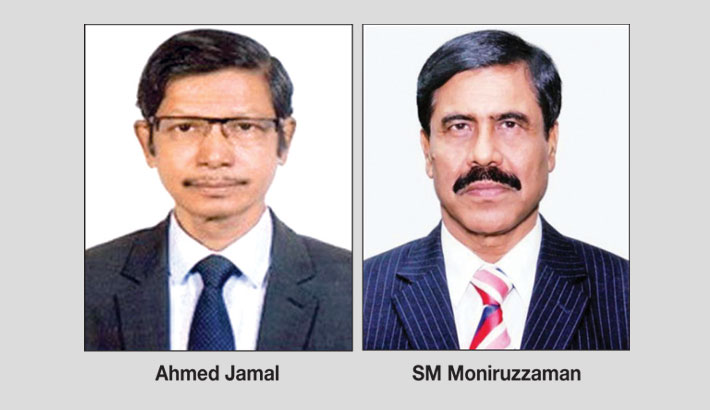 Until the appointment a new governor, Bangladesh Bank’s Deputy Governors will act as the governor, according to an order of the central bank wing of the Financial Institutions Division of the Ministry of Finance.

The order also said deputy governors SM Moniruzzaman and Ahmed Jamal could make final decisions regarding their respective sectors to keep up the official tasks uninterrupted.

Once a new governor is appointed, the deputy governors will inform her/him about the important decisions they have made during the time the central bank ran without a governor, according to the order issued on Thursday evening signed by Jihad Uddin, deputy secretary to the Ministry of Finance.

Senior most Deputy Governor-1 SM Moniruzzaman will see the all mails and posted those to the concerned department. The Deputy Governors will then inform the appointed governor about the important issues and decisions.

According to the Ministry of Finance, the term of Governor Fazle Kabir ended on July 3. A proposal to amend the law was approved by the cabinet on June 7 this year to increase the current age limit of the central bank governor from 65 to 67 years to keep in the post the incumbent governor Fazle Kabir.

The session of Parliament has been adjourned till July 8. Until the amendment is passed before July 3, the Department of Financial Institutions has issued office orders to two deputy governors to act as the governor of central bank.

According to the Financial Institutions Department, a new governor will be appointed after the age limit of the governor is passed in the Parliament. Due to the corona virus, the government has taken steps to amend the law to keep the current governor in the post.

On February 16 this year, the Ministry of Public Administration re-appointed Governor Fazle Kabir for three and a half months after completing his four-year tenure. He will turn 65 on July 3.