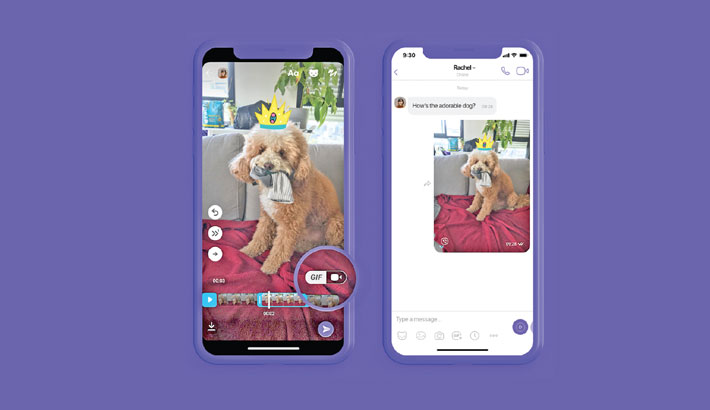 Rakuten Viber, one of the world’s leading apps for free and easy communication, has launched its GIF creator feature, enabling its users to create fun GIFs to send to their friends and family.

As the demand for instant messaging rises globally, Viber’s new GIF feature is a fitting addition to the Group Video Call feature it had released last month, as well as group chats for up to 250 people and group voice calls for up to 20 people, said a press release.

Viber’s new customizable GIF feature aims to bring more perspective towards the tonality of a message. Usually, it is hard to understand the tone of a text message even if, most of the time, people try to express it by using emojis. Viber’s customizable GIF will make communication over text more comfortable and accurate than before, as now the users will be able to express their tone easily.

Viber’s users can record a short video with the app’s new camera, or select a video from their gallery, and turn it into a legendary looping GIF in boomerang, fast play, or reverse modes.

On this occasion, Ofir Eyal, Chief Operating Officer, Rakuten Viber said, “Especially during these times, Viber is committed to empowering users to express themselves in various ways as they communicate over instant messages. As we like to say at Viber, if an emoji is used to replace a word, GIFs and stickers can replace an entire sentence - and now, with our custom GIFs – users in Bangladesh can express themselves more accurately and do it in a more fun way.”