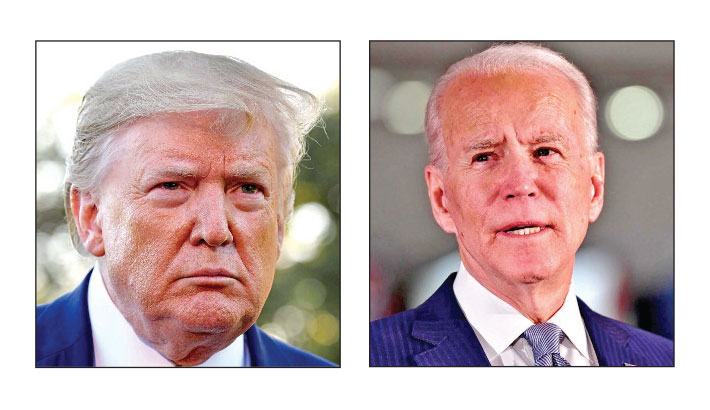 Just over a third of Biden’s full-time staff are people of color and 53 percent are women, CNN reported, citing a campaign aide to the presumptive Democratic nominee.

Trump’s team released its numbers shortly after the Biden campaign on Saturday, showing 25 percent of the president’s full-time senior staff are people of color and just over half are female.

The disclosures came after Biden was pressed to release the data during a virtual town hall event earlier in the day with representatives from the Asian-American and Pacific Islander communities.

“My administration is going to look like America—not just my staff; the administration,” Biden said when questioned by PBS NewsHour moderator Amna Nawaz.

“It’s going to be a reflection of who we are as a nation.” Further breakdowns of the numbers by race and ethnicity were not provided.

The United States has been embroiled in a renewed and fiery national conversation about diversity and racial justice since the death of unarmed African-American George Floyd at the hands of a white police officer in May.

His death ignited mass civil unrest across the country. Polls show Biden leading Trump by a wide margin among black and Latino voters.