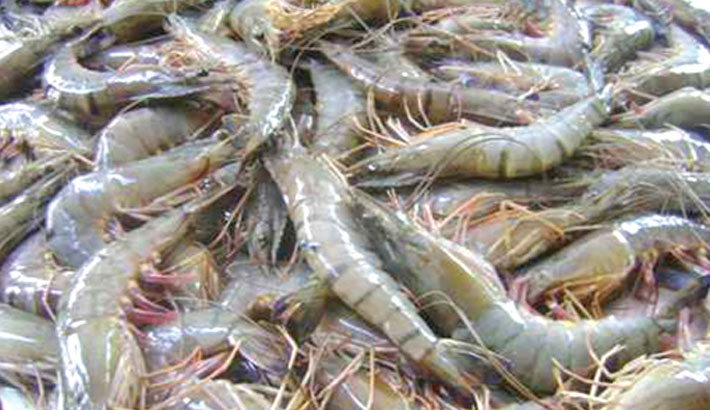 As the global demand for shrimp is continuing to increase, Bangladeshi exporters are losing market in the neighbouring countries due to their switching to cheap and high-yielding species.

As the government did not allow shrimp producers to farm Vannamei shrimp in Bangladesh, exporters lost market shares in the competition with the neighbouring countries.

Farmers rely on the farming of the more expensive black tiger species -- far from ideal in a difficult economic climate across the world.

Sources said that neighbouring India, Vietnam, Thailand, Indonesia and China have been farming Vannamei for 15 years.

They are fulfilling the international demand for Vannamei from the USA, Europe, Russia, China Africa, Japan, Australia and some Middle Eastern countries and grabbing the global Vannamei demand of over $70 billion annually.

Sector insiders said it has been unfortunate that Vannemei farming has not been happening in Bangladesh despite having huge demands.

Blaming the bureaucratic slow process and proper promotion, exporters said that now the government is mulling over allowing Vannamei farming in Bangladesh on a pilot basis.

Over the last 10 years, the market for black tiger shrimp that Bangladesh produces most has declined due to the emergence of a new type of species Vannamei which has taken over the shrimp’s world market.

Bangladesh exports of black tiger and freshwater shrimps in 2012 was $590million, but in 2019 this was down to $365 million and 85 percent of factories are either closed or have stopped production and with huge bank debts.

Urging the government, shrimp and frozen food exporters suggested following the footsteps of its neighbouring countries, encouraging shrimp farmers and promoting Vannamei farming in the country. It is sustainable especially in the rural parts of Bangladesh for job creation as well as for securing foreign currency income for the government, they added.

During the 10 months of the current fiscal, Bangladesh earned only $297 million through exporting shrimps.

It mentionable that Bangladesh Frozen Foods Exporters Association (BFFEA) has long been demanding the government should allow vannamei farming to cater the global market and sustain trade with the aid of higher demand.

They think that the farming of vannamei will enable frozen food exporters to get raw materials in higher quantity, utilise their unused processing capacity and compete in the world market, according to exporters.

BFFEA Vice-president Abdul Baki said shrimp export has been declining for five years as other competitors were grabbing markets with its cheap item Vannamei.

Bangladeshi farmers have long been demanding farming of Vannamei, but unfortunately it is taking long time, he told daily sun adding that now the government is mulling to allow farming popular Vannamei.

Sector insiders said Bangladesh was very popular for shrimp. Owing to the fact, the UK-based Seamark in Bangladesh became one of the leading producers and exporters of seafood in the country, winning a number of gold trophies for its high exports and continues to produce black tiger and freshwater shrimps successfully.

Bangladesh will get the market again back and investment will be doubled if Vannamei production starts in the country, they believed.