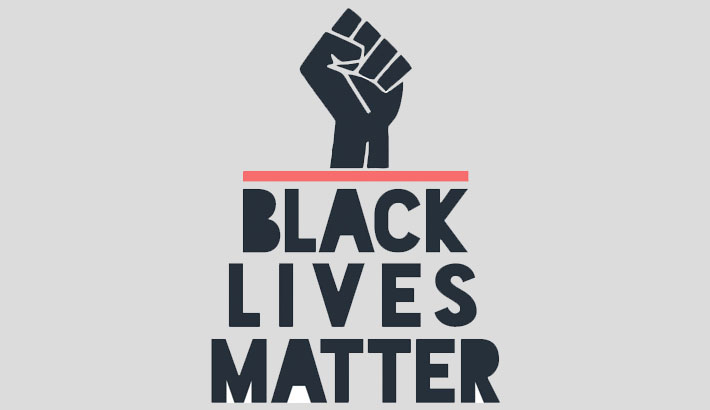 It’s a shame that even on the 21st century, hashtags such as #BlackLivesMatter are necessary to uphold the rights of a certain group of people. America has long been known for the freedom and equality it offers its citizens. But some recent incidents had totally marred this reputation. The outcries of the American black community reached a crescendo following the murder of a George Floyd in police custody on May 25. Since then, it has sparked outrage and protests all over USA.

46 year old George Floyd was suspected of passing a counterfeit $20 bill to a convenience store called Cup Foods in order to buy cigarettes. Across the street was a restaurant whose security camera footage along with bypassers camera footages helped to understand later on what really happened that day. These footages are really important because not only did they help to catch the culprits but they also prompted people all over the world to stand for George Floyd.

It all began on a quiet evening on Monday at Minneapolis. The restaurant’s footages showed few employees of Cup Foods talking to Floyd as he sat in his SUV. After few moments, a police car arrived according to the footage. Officers Thomas Lane and J. Alexander Kueng arrived on the spot.  Lane dragged Floyd out of his SUV. Floyd did not appear to act violent in any of the footages. Moreover, he seemed to be in some kind of distress as the two men forcefully arrested him and took him to their vehicle. As the officers approached their car, Floyd fell to the ground. He kept on telling them that he could not breathe. After nine minutes, the third and final police car arrived in the scene with the officers, Derek Chauvin and Tou Thao, that were going to take Floyd’s life.  Derek already had 17 complaints including one that was fatal while Thao had 6 complaints and had a lawsuit against him already for brutality!

After Chauvin arrived, he took matter into his own hands to drag Floyd into the car despite of the helpless man’s constant pleading. Security camera of Cup Foods reveal that Kueng struggle with Floyd in the backseat and then Chauvin again pulled him back onto the street from the police car.  Chauvin, Kueng and Lane pinned Floyd down for some unknown reason even though Floyd was not struggling nor being violent. The three men then applied pressure on Floyd’s neck, torso and legs.. The others eventually left but Chauvin kept Floyd’s neck pinned down even after Floyd became motionless after 8 minutes and 46 seconds. Ultimately he died from cardiac arrest. It was surely a cold blooded murder by then law officers on an unarmed, distressed man.

Protests with thousands of people defying the pandemic have occurred across different states in USA. This was not the first time a black man had been assaulted in police custody. In July 2014, Eric Garner suspected of a petty crime was pulled to the ground by New York City police and choked on the pavement. Guess what his last words were. Eric too had cried out “I can’t breathe” as a witness videotaped him. It’s been over 6 years but it seems that black Americans are still not being able to breathe in, ironically, the land of freedom.

In 1997, Abner Louima, a Haitian man was assaulted by the New York City Police Department (NYPD) so severely that he needed to do three surgeries. Louima received an $8.75 million settlement in his civil suit against the city for police brutality, the largest civil settlement to that time for such abuse. He has set up the Abner Louima Foundation to establish a hospital and community centers in Haiti, Florida, and New York for Haitian residents, immigrants, and others in need. Earlier this year, the case of Ahmaud Arbery who was shot to death by police again put the racial iniquities in the judicial system under spotlight.

Between 2013 and 2019, police in the United States killed 7,666 people, according to data compiled by Mapping Police Violence, a research and advocacy group. The three largest states - California, Texas and Florida - have the highest total number of killings of black people by police officers. Despite only making up 13 percent of the US population, black Americans are two-and-a-half times as likely as white Americans to be killed by the police.

The international human rights movement ‘Black Lives Matter’ was originated on July 13, 2013 by the African- American community to campaign against violence and systematic racism towards black people.