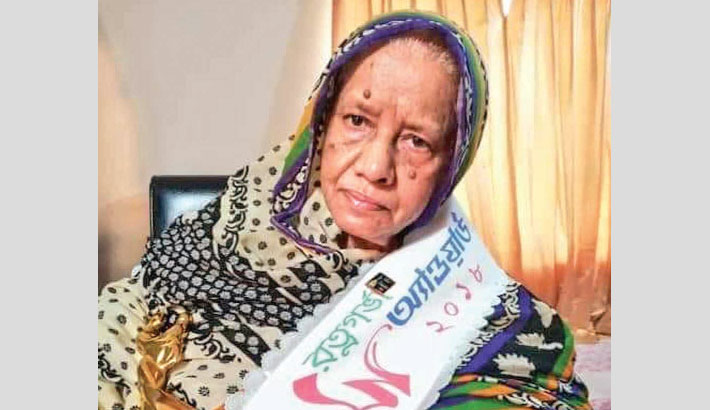 She breathed her last while undergoing treatment in Popular Hospital in the capital.

She left behind five daughters, four sons, grandchildren and a host of relatives to mourn her death. Jahanara Hossain is mother-in-law of Bangladesh Pratidin Editor and News24 channel CEO Naem Nizam.

She was buried in family graveyard at Raypura in Narsingdi after Namaz-e-Janaza on Thursday.

In a statement, JPC President Saiful Alam expressed profound shock at the death of Jahanara Hossain, a successful mother who educated all her nine sons and daughters equally.

Daily Sun Editor Enamul Hoque Chowdhury also mourned the death of her. He prayed for salvation of the departed soul and expressed sympathy to the bereaved family.

Journalist leaders and organisations mourned the death of mother of the press club secretary.