Chamak Tara back to shooting through ‘Sandhya Parer Jibon’ 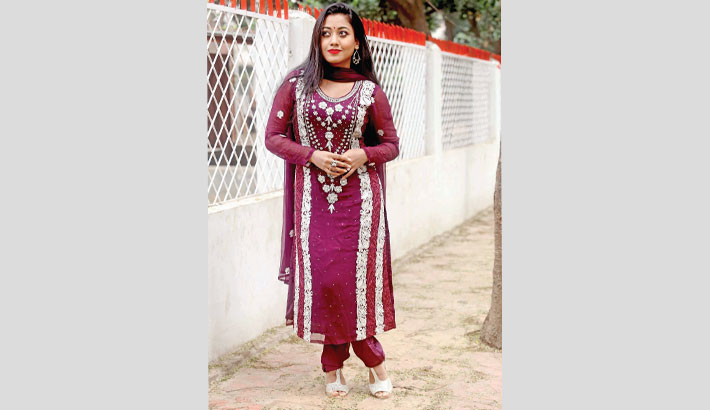 Actress Chamak Tara is a popular face of the media industry. She has been acting in theatre, TV plays and in films simultaneously.

Television shootings were shut down across the country for long time due to coronavirus outbreak. Like other celebrities, Chamak Tara did not take part of any shooting for last three months. On Tuesday, Tara started shooting again through the drama serial ‘Sandhya Parer Jibon’ in Manikganj.

‘Sandhya Parer Jibon’ is a six-episode drama which has been producing for Bangladesh Television (BTV). Directed by Jewel Sharif, Tara will play the role of Hena opposite Shishir Ahmed.

Talking about the drama, Tara said, “We all have started shooting for the drama by maintaining all health guidelines of the government. Though, it was little bit difficult to cope up with shooting again after a long break, but shooting unit was very cooperative.”

“Previously, I have acted in several dramas under Jewel Sharif bhai’s direction. He is a talented director and very supportive. I hope the audience will like the drama,  she added.”