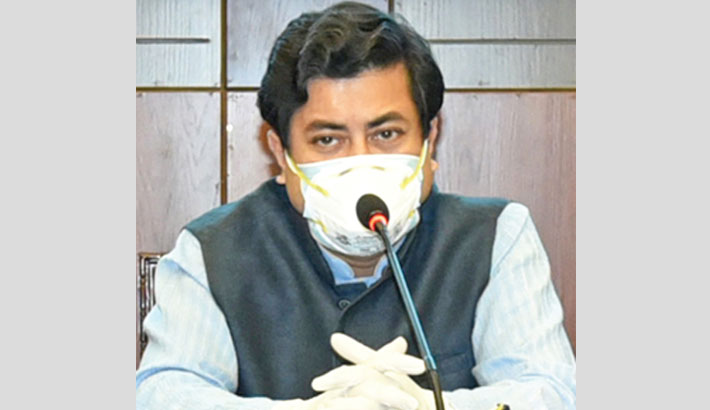 “Corruption is commonplace in every part of the city corporation. I won’t allow anyone to get involved in corruption any more,” he said.

The DSCC mayor made the remarks while addressing the first meeting of the corporation at Mayor Mohammad Hanif auditorium at Nagar Bhaban.

Taposh, also a nephew of Prime Minister Sheikh Hasina, assume office on May 17.

The mayor said that his administration would open a new sector to increase revenue collection and improve civic amenities.

“But no new tax will be imposed on residents,” he said.

The mayor formed a nine-member committee headed by ward no. 42 councillor to deal with financial and establishment affairs of the corporation.

“Stern action will be taken on the basis of the recommendation placed by the committee,” he said.

“I ask for help from the councillors in solving the nagging traffic jam, water-logging, developing city roads and improving the waste management system,” he said.

DNCC executive magistrate Roslina Parvin while conducting a mobile court in the area inspected 11 under construction buildings and found mosquito larvae in one of the buildings.

She also ordered some building owners to remove the accumulated water and the debris stored inside their buildings.