Literature in Times of Epidemic 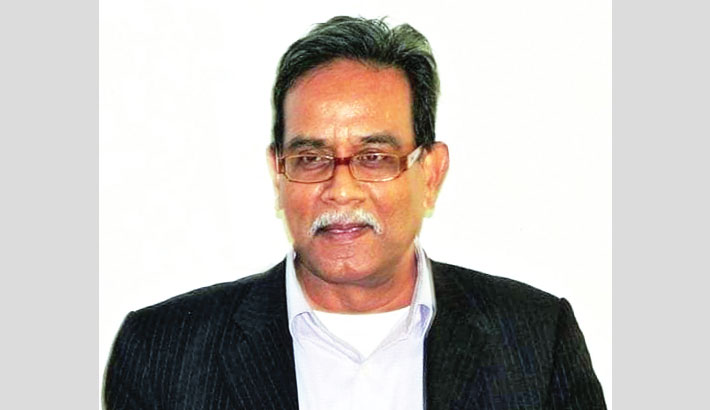 Literature can sustain in times of crisis as we are experiencing now. It is, in many ways, a better way to study business than through case studies, biographies or history books. It helps us get deep into the minds and hearts of people. And that is important during a crisis like COVID-19, because we see the condition laid bare. We see the character of people and the interaction of all the different forces in society. It is one of the best ways to find help.

Good literature helps us understand good human relations. It is valuable through its nuances, its twists and turns, its dilemmas, its paradoxes. It helps us see more than is otherwise seen and focus on what ultimately matters. We're living in a very different way now; we're recognising the importance of our relationships, the meaning of our work and how can come together as a country. This pandemic has helped to understand this very significantly.

What ultimately bring people together are positive values such as love and affection and good virtues. And what usually brings those out is a common enemy, which in this case is the corona virus. United we stand, divided we fall. That's very clear now. There are some difficult roads ahead, but right now it is a unifying time.

Willa Cather's O Pioneers! is an example to keep in mind during the present crisis. It's about an entrepreneurial woman in the late 1800s in a hostile environment on the Nebraska prairie. She has a future-oriented way of thinking about how that could become a more rich land that would benefit not only her and the Midwest, but the whole country. She exercises substantial leadership to bring people together and does it in the face of resistance from her two brothers, who think a woman can't really figure this out. But she is able to envision a future and build a community. She's good to employees. She's good across religious and ethnic differences. And she ultimately forgives a guy who kills her brother. She's a wonderful example of the best of the American spirit and may be the best of the human spirit.

Fitzerald's The Great Gatsby is set in a very positive, wealthy Jazz Age environment. It was published in 1925 and is set in 1922. That's just two years after the end of the Spanish flu epidemic which killed 50 million people worldwide, 30000 of them in New York City. And although World War I is mentioned there is nothing in Gatsby about the Spanish flu. How can that not even mention in the book? A lot of people apparently felt shame coming out of the Spanish flu, about what they didn't do to step up and help others at that time. And many people just felt so ravaged by what it had done to their families and communities that they just wanted to forget and move on. It's important to take two lessons from that. One is hope, because there will be a better day when we look back on this whole era. The second is the question of where we go from here. How are we going to be different and act differently with each other? Gatsby turns out to be a better mirror to these times.

Tolstoy's novella published in 1886 The Death of Ivan Ilyich shows how impending death can be a guide and friend. The whole idea of terminal illness in the book is about how people around Ivan deal with his dying. At a time like this, death is very much present and when you understand you live a better and fuller life. You appreciate what really matters. What Ivan needs is love and affection, and nobody is giving it to him. Not his family. Not the doctors. The man who really steps in is a servant named Gerasim. We see examples of that during the COVID-19 pandemic: All of the unsung heroes who are providing us food, and bagging and delivering our groceries, and all of the nurses and health workers out there. Gerasim is taking out Ivan's bedpan everyday and dealing with all of his aches and pains, and he is happy to help and not afraid of death. He doesn't find his work a burden.

Henrik Ibsen's play An Enemy of the People illustrates how, at times like this, virtues such as honesty, integrity, and love come to the fore, as well as vices such as slander, arrogance. We see it in the compassion and love coming out from people who are not being well paid and are at terrible risk. That's quite striking, as is the professionalism you see in someone like Dr. Anthony Fauci. There is also the honesty you see coming from this surgeon general and others who state the medical facts as they are. On the other side, there is deception and lying and dishonesty and slander. So clearly we are seeing some vices.

There is a big issue in times of darkness. Do we want literature that's optimistic and helpful, or do we want literature that's more realistic and looks at the heart of darkness that's always there? It's all of the above and not just one or the other. For example, Albert Camus was an existentialist who saw life as meaningless and absurd, and there is emptiness that comes through in his novel The Plague. But that book also has a positive dimension in terms of how the best humanity comes through as people care for each other in surprising ways. The way to deal with the plague is to do it together. The book helps us see people at their best, which highlight the kind of people who will come out a situation like this without the kind of shame that was present after the Spanish flu. We need to raise up the hero stories of people who have done well in the face of this.

Now the lockdowns all over the world have brought the rush of human desire almost to a halt. The roads and shopping malls, educational institutions have been deserted and parks no more echo with children's voices as if we had been hurled into a vacuum. The situation calls attention to the fact that keeping their lust for more and politics of territorial imperative aside, people, nations and countries need to get empathetic with one another in order to save the world from perishing twice. We had better heed now what Robert Frost warned us about more than a century back:

But if it had to perish twice,

I think I know enough of hate

To say that for destruction ice

The writer is the Treasurer of Jagannath University