Indian rupee rebounds 18 paise to close at 75.36 against US dollar 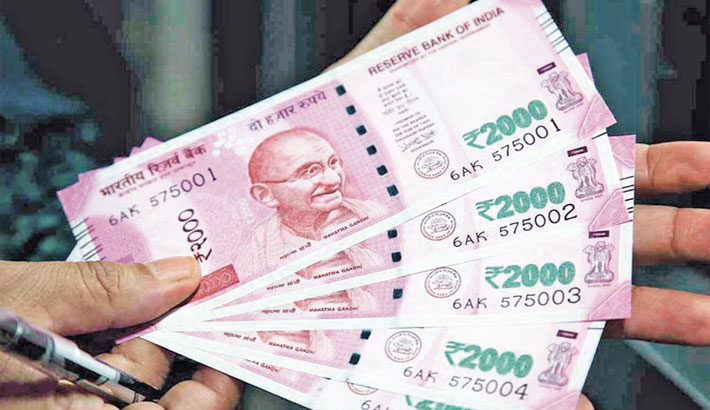 NEW DELHI: The rupee on Tuesday rebounded by 18 paise to close at 75.36 (provisional) against the US dollar after Prime Minister Narendra Modi asserted that the country will get back its economic growth.

The rupee opened lower at 75.57 at the interbank foreign exchange market and moved between 75.62 and 75.36 during the day trade.

The currency finally settled at 75.36 against the US dollar, registering a rise of 18 paise over its previous close of 75.54.

A day after Moody’s downgraded India’s credit rating to a notch above junk status on growth concerns, PM Modi said the country will definitely get back its economic growth and said reforms undertaken during the lockdown will help the economy in the long-run.

Speaking at CII’s Annual Session, he said the Indian industry, has started talking about ‘getting growth back’.

“I will go beyond getting growth back to say, Yes! We will definitely get our growth back,” he said expressing confidence in Indian farmers, small businesses, and entrepreneurs for helping achieve that. On the equities front, the 30-share BSE benchmark Sensex was quoting 446.54 points higher at 33,750.06 and broader Nifty rose 129.90 points to 9,956.05.

Foreign institutional investors were net buyers in the capital market, as they bought equity shares worth Rs 1,575.46 crore on Monday, according to provisional exchange data.

The dollar index, which gauges the greenback’s strength against a basket of six currencies, fell by 0.27 per cent to 97.57.