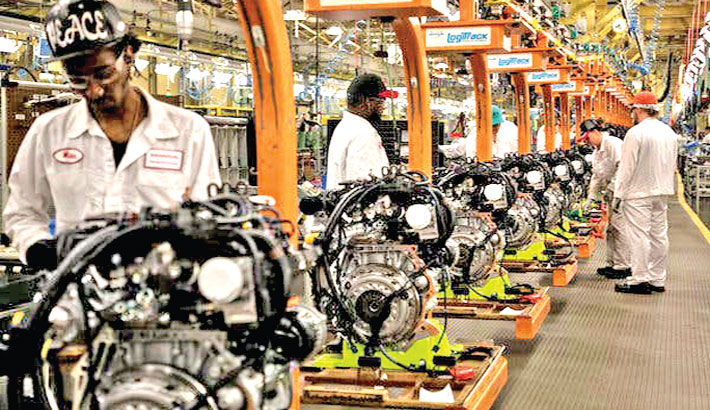 WASHINGTON: US manufacturers are seeing the first hints of a tentative recovery but conditions for the industry were nonetheless terrible in May, according to an industry survey released recently.

The Institute for Supply Management's (ISM) monthly manufacturing survey was worse than expected and showed the continuing headwinds facing a key sector in the world's largest economy even as major firms restart production, reports AFP.

The index rose to 43.1 percent in May after posting a record decline to 41.5 percent in April, but the indicator is still well below the 50 percent benchmark that indicates contraction.

"I believe we can see, or are at, the bottom of the toboggan run," and the data is unlikely to get worse, manufacturing survey chair Timothy Fiore told reporters.

New orders ticked up to 31.8 percent but were still deep in contraction territory, which Fiore said was due to weakness among new export orders.

Production was at 33.2 percent and employment at 32.1 percent, both slight improvements from April.

Among industries, food, beverage and tobacco products remained the only one in expansion, while the rest contracted, with transportation equipment, petroleum and coal products and fabricated metal products posting the biggest declines.

The pandemic remained "the single focus of supply manager," Fiore said, with the survey receiving nearly two cautious comments for every optimistic one.

He predicted a recovery from the middle of the third quarter through the end of the year, but acknowledged 2020 is "not going to be a great year."

And with social distancing protocols being enforced at major manufacturers who have restarted production like Boeing and the Detroit automakers, Fiore warned that the recovery may only bring manufacturing back to levels below what they were before the pandemic.

"It's going to be a tough rebuild for sure until there is some kind of a vaccine or therapy for the virus," he said. "The big question is what is going to be the true ramp-up for production."