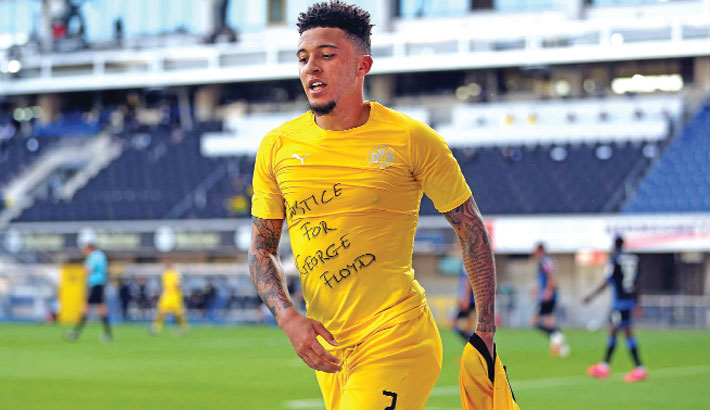 England winger Jadon Sancho scored a hat-trick and revealed a "Justice for George Floyd" protest message in Borussia Dortmund's 6-1 rout of bottom side Paderborn on Sunday that trimmed Bayern Munich's lead at the top of the Bundesliga to seven points.

The outstanding Sancho, who now has 17 goals and 17 assists in the Bundesliga this season, joined a host of protests in the German top-flight over the weekend at the death of an unarmed black man in the United States.

George Floyd, 46, died in Minneapolis during an arrest by a police officer who pinned him to the ground for several minutes by kneeling on his neck, sparking protests across the US.