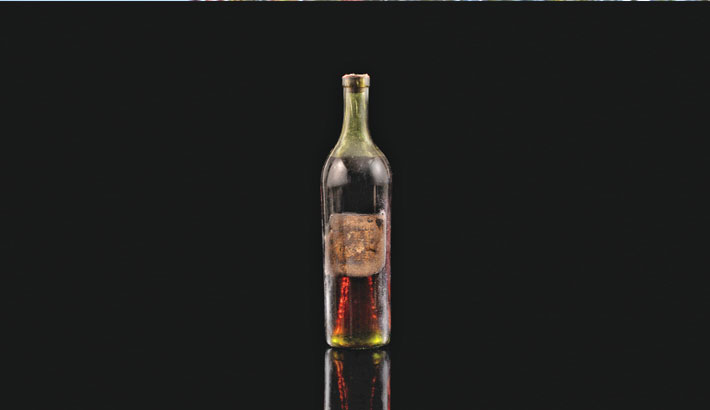 LONDON: Auctioneers Sotheby’s said on Thursday that an “exceedingly rare” bottle of Cognac preserved since the end of the 19th century had set a new auction sales price record, reports AFP.

The bottle of Gautier Cognac 1762 fetched £118,580 ($144,525, 132,000 euros) in an online sale, according to Sotheby’s. “Only three bottles of this exceedingly rare Cognac remain to this day, having been held in the same family for generations with their original labels attached,” it said in a statement.

“This was the last and largest of these remaining bottles.”

The cognac, bought by an Asian private collector, was known as “Grand Frère” — or the “Big Brother” — of the trio, the auction house added.

Its little sister is housed in the museum of the French cognac distillery Maison Gautier, while its little brother was sold at auction in New York in 2014.